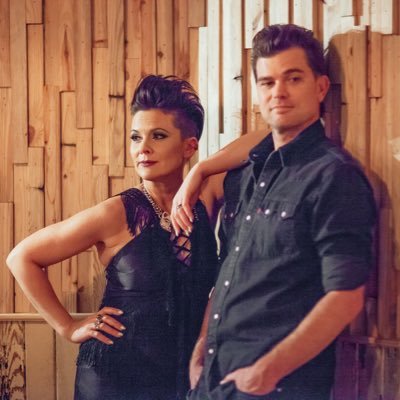 Opelika husband-and-wife folk duo Martha’s Trouble Rob and Jen Slocumb will be setting sail Oct. 6 – 13 on their first-ever concert cruise. Fans of the pair’s much-loved music are encouraged to join them for a special, intimate fan experience on the high seas on board the Royal Caribbean’s Harmony of the Seas. Fans must purchase a cabin through the duo’s site on Fan Club Cruises (https://fanclubcruises.com/event/marthas-trouble-concert-cruise) in order to partake in three Martha’s Trouble concerts, meet-and-greet and a very special Q and A storytelling session during the course of the cruise.
The fan club offering is limited to 50 cabins, so the shows and special Martha’s Trouble events on board the ship will be intimate and personal for fans who join the fun. Departing from Port Canaveral, Florida, the cruise will visit Labadee in Haiti, San Juan in Puerto Rico and Phillipsburg in St. Maarten before returning to Florida.
“We are so excited to have discovered Fan Club Cruises. What a killer concept, artist and fan together on a cruise ship,” the Slocumbs said. “It’s a great opportunity for our fans and friends from all across the U.S. and Canada to join us for a seven-night cruise filled with concerts, storytelling, and Q and A sessions. Plus, they also get to enjoy all that the ship has to offer. It’s going to be amazing – we can’t wait. Our hope is to make it an annual event.”
Martha’s Trouble, called “a hidden gem” by Billboard Magazine, is known for its signature sound of folk and Americana, which has been praised by some of the most influential and well-respected music critics. The group has been listed and featured in the aforementioned Billboard Magazine, as well as USA Today, AOL Music, Sirius XM Satellite Radio and Performing Songwriter.
Their songs have received awards and have been featured in the show “Army Wives” and made-for-TV movies on Lifetime and CBS. The duo’s band name comes from a Bible story about Martha and Mary, one that they say is a reminder to stop and smell the roses and to keep an eye on the bigger picture and the important things in life.
In late 2015, Martha’s Trouble offered some new additions to their holiday repertoire with two digital singles, “River” and “White Christmas,” which followed on the success of two independent holiday albums, Christmas Lights (2002) and This Christmas (2008). Prior to that, they also released: Jen Coates’ Seed Sessions (2014), A Little Heart Like You (2012), Anchor Tattoo (2011), EP (2008), Forget October (2006), Still (2003), Sleeping Dogs (2002), and The Road Ahead (2000).
To sink their roots even deeper into their hometown of Opelika, in 2016 Martha’s Trouble purchased an historical Victorian house, originally built in 1907, in downtown Opelika, and spent a year rehabilitating the structure into a creative studio space called The Sound Wall. The studio officially opened its doors to the public in March 2017.
Since then, the Sound Wall has hosted recording sessions, a monthly supper club, special events, and acoustic concerts, and has been featured in Alabama Magazine. Located at 605 Ave. B in Opelika, the studio entices artists from near and far who are seeking a small-town recording experience in a premiere space, and it has become a special addition to the already existing and expanding arts community in town.
For more information, visit www.thesoundwallopelika.com.