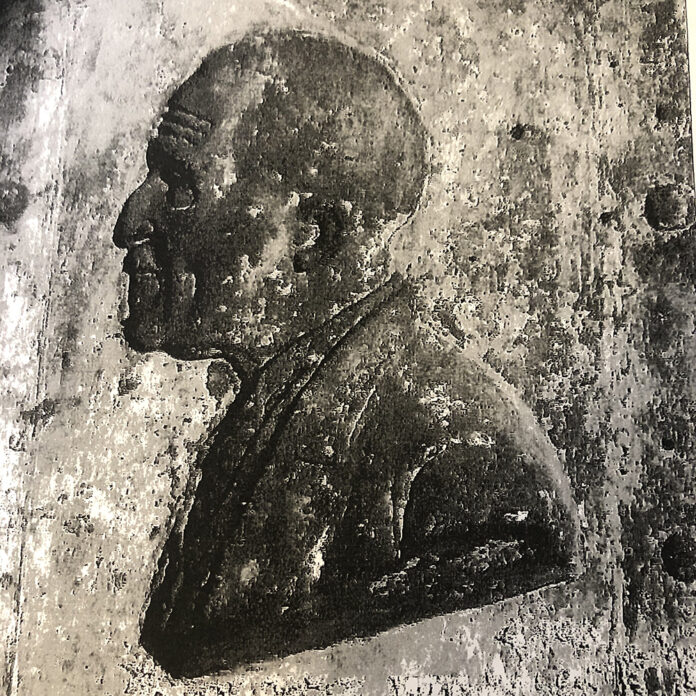 Check your china cabinets, check your attics — you may find a piece of Auburn University and Tuskegee history buried among the tschotskes.

Dr. Charles Hendrix, professor emeritus for the college of veterinary medicine, was hunting for treasures in Goodwill when he found a piece of pottery that caught his eye.

Stamped on the bottom of the piece were the words “Made By Students at Tuskegee Institute.” Hendrix, an avid fan of Antique Roadshow and a collector of pieces of history decided to do some more research on the piece.

“I didn’t know what Tuskegee Institute Pottery was,” Hendrix said.

Soon, he was immersed in the history of Dr. Isaac Scott Hathaway.

Hathaway created the ceramics department at Tuskegee University and was the first African American ceramics professor at Auburn University, then known as Alabama Polytechnic University (API).

A group of Auburn University students, under Mark Wilson, director of the Caroline Marshall Draughon Center for the Arts and Humanities, completed research on Hathaway in 2012 and 2013 to put together a pamphlet on his life and his work at Tuskegee and at API, as part of the Appalachian Teaching Project.

Hathaway began as an artist at an early age.

“At the age of nine, Hathaway’s father took him to a museum and because frustrated when he could not find his son,” said the pamphlet from the Appalachian Trail Project. “When found, young Isaac told his father that he had gotten separated in order to find a bust of the famous black leader Frederick Douglass.”

Hathaway’s father told him that he would not find a bust of Douglass in the museum.

“Mr. Hathaway informed his son that no statues of black Americans would be in the museum because there were few black artists in the nation,” the pamphlet said. “‘I made up my mind that day that I was going to make busts and statues of our great Negroes and put them where people can see them,’ Isaac said.”

“I began to feel a responsibility to my people,” Hathaway said in a Federal Writer’s Project Interview completed by Rhussus L. Perry in the 1930s and included in the Appalachian Teaching Project. “Yes, I would perpetuate our great men and women in marble and bronze. Despite the hardships that I have met, the opposition and lack of confidence shown by my own race. I have devoted my time and money to taking masks and modeling builds of people.”

The pottery that Hendrix found at Goodwill was one of several pieces created by Hathaway’s students at Tuskegee University.

Hendrix began to build up a collection of pieces created by Hathaway’s students. While scanning eBay, Hendrix came across something unique.

He found one of the molds Hathaway created and used to build his busts: a mold of George Washington Carver.

George Washington Carver was a scientist, researcher and inventor at Tuskegee University, known nationally for his work in agriculture.

Hendrix snapped the mold up, and when it was delivered, he handed it over to the Jule Collins Smith Museum for safekeeping.

The mold, before Hendrix purchased it, had been in the possession of an antiques dealer, James Allen, in Georgia for the last 25 years, Hendrix said.

Before that, the mold was in the possession of Doris Dunn Cooper, who had cared for both Hathaway and his wife at the end of their lives, Allen told Hendrix. The mold had been gifted to Cooper.

“We need help from the Auburn family,” Hendrix said.

Despite Hathaway being the first ceramics professor at Auburn University (API), very few pieces of work by students under Hathaway while at API have been found or recovered.

“Somewhere out there, there’s a china cabinet, where a woman, when she was a young girl, made something, she’s 92-95 years old today,” Hendrix said. “There may be [pottery] with API on the bottom of it.”

To learn more about Hathaway, visit the site for the Appalachian Teaching Project: www.isaacscotthathaway.wordpress.com/video/.