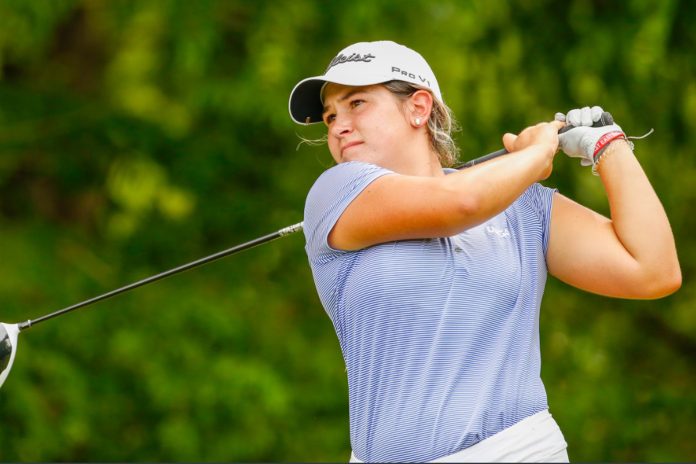 By Greg Ostendorf
AuburnTigers.com
Special to the
Opelika Observer

For the second-straight year, the Auburn women’s golf program will have a player in the field at the Augusta National Women’s Amateur.
Freshman Megan Schofill accepted her invitation this past week to play in this year’s event, which will take place the week before the Masters Tournament April 1 to 4. Schofill was among those who watched last year’s inaugural tournament where Auburn junior Kaleigh Telfer played and finished tied for 12th overall.
“It definitely means a lot because last year just seeing all the pictures and watching it on TV, you could tell it was going to be a big event for years to come,” Schofill said. “That was my goal after watching that – to get invited. It’s really awesome to be invited for this year’s event.”
Like last year, the field is made up of the best 72 women amateurs from all over the world. The first 36 holes will be played Wednesday and Thursday at the Champions Retreat Golf Club in Augusta, and then the top-30 competitors will advance to Saturday’s final round at Augusta National Golf Club. All 72 players in the field will also play a practice round at Augusta National on Friday.
The event was established to inspire greater interest and participation in the women’s game by creating a new, exciting and rewarding pathway for these players to fulfill their dreams.
“It would be my goal to have at least one player play in this every year until I retire and then beyond,” said Auburn head coach Melissa Luellen. “It’s just such an honor and just such a reward for hard work and great play.
“For Megan to be a freshman, she just has the mindset of wanting to win. This was a goal of hers and whenever you accomplish a goal, it feels really good. So now she’ll reset her goals. I know that she’s looking forward to a great spring, and part of that spring is the Augusta National tournament.”
Schofill made quite a splash as a freshman this past fall with two top-10 finishes in four tournaments, including a second-place finish at the Magnolia Invitational where she shot three straights rounds under par and finished at 8-under. In total, six of her first 10 rounds at the college level were under par.
Coming into the spring season, Schofill is currently ranked No. 79 nationally by Golfweek.
“Obviously I want to play better than I did in the fall, and there’s always room for improvement,” Schofill said. “It’s just the little things really. To play smarter overall and coming to practice with the right mindset because that’s where it all matters.”
Schofill will join her Auburn teammates next month when the Tigers travel to California to compete in the Northrop Grumman Regional Challenge Feb. 9 to 11.