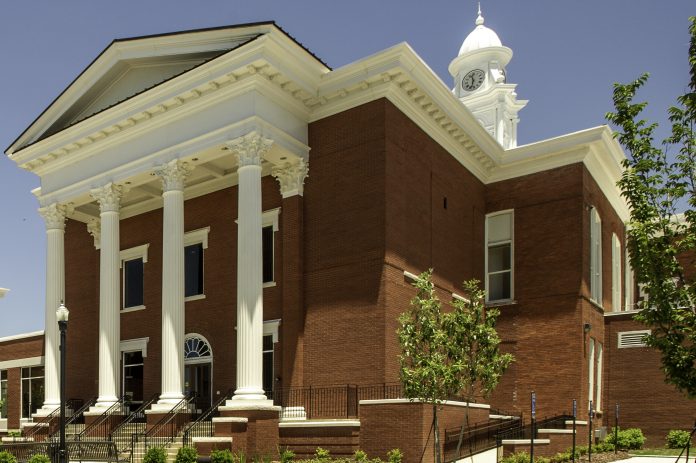 The county is looking to put a noise ordinance in place soon, following complaints from citizens in Beauregard over nightly sounds.

The property in question is owned by local attorney Margaret Brown, who has said that she is not the one playing music. Her partner, Travis Carlisle, does play music, she said, but it is all sounds used in commercially-made entertainment music, such as music from Grand Theft Auto and club music.

There are no siren sounds outside of that music, she said.

“These people were saying that these sirens were going off in the middle of the night and to me, that is what is so disheartening for us up here,” said District 2 Commissioner Sarah Brown. “We’re trying to help these people, and we’re trying to do the right thing but we’re put in [between] a rock and a hard place here because we’re hearing these things from these people and they’re distraught about it and we need to do something about that.”

In an interview with the Observer, Lee County Sheriff Jay Jones said that over the last year there have been 13 noise complaints for Margaret’s property, though that number has since increased.

“What we have been looking at are ways to address the situation based on the complaints that we have received,” Jones said Monday.

Margaret said that she does not stay on her property every night and that she is not in control of her partner, Carlisle.

“I do not have a single other solitary soul on the face of this earth that I have total control of,” she said. “If you do, bless you, is all I can say.”

Additionally, there has been music and animal calls emanating from other properties, Margaret said.

“Over the past several years we have called that in on a repeated basis,” she said.

Margaret said she has additional complaints with her neighbors as well, including a bird hunt that resulted in her being shot, poisoned animals and footprints outside her window.

Sarah asked if Margaret would ask Carlisle to stop playing music, which she said she would not do.

“That’s what laws are for,” Margaret said. “… I think looking at a noise ordinance is a good idea.”

District 4 Commissioner Robert Ham asked that Margaret try and work with her neighbors and said that is always what he recommends first.

An ordinance is necessary because there is no noise ordinance currently for the county.

There is an old draft of an ordinance that the county considered in 2014, but didn’t pass.

“We have been through this, my word, how many times since I’ve been on the commission and we’re right back where we were,” said District 3 Commissioner Gary Long. “But, we haven’t resolved it yet. Robert, you said we needed a solution. Wow, I agree with that, but what’s the solution?”

Probate Judge Bill English asked Jones on Monday if he will contact the sheriff of Madison County to see how its noise ordinance has worked and why it was necessary.

Before enacting an ordinance, things will need to be considered, such as hours of the day limitations, monitoring, distance, decibels and more, Jones said.

“It needs to be a narrow, specific ordinance if we’re going to adopt something like that,” English said.

District 1 Commissioner Doug Cannon said he is in favor of an ordinance because there will be more situations that arise where an ordinance will be necessary.

“I think we need to come up with something to protect the people in the future,” he said.

District Attorney Pro Tem Jessica Ventiere asked the county to consider whether the ordinance would make the act civil or criminal.

“If you’re talking about a misdemeanor, the law enforcement officer has to witness it,” she said. “So that is, what I’m understanding, part of the issue with these types of situations, where they have to witness it before they can make a criminal charge for it. So, these are just all things that I think when the commission is developing this idea, that you’ll have two avenues, the criminal avenue or the civil avenue and you’ll have to consider what you want to accomplish and how that effects on law enforcement.”

The standard of proof is much higher in a criminal charge vs. civil, Jones said.

Ham said he is in favor of making the action criminal, while allowing citizens to file civil if they choose.

“I would like to suggest that we take that ordinance that he has which was the last draft that we had, working on it back in ’14,” Ham said. “… What I would like to see us do is to take that and let [Attorney Stan Martin] work on that and have some input from [Ventiere] and some input from our sheriff and let the three of them look at how they think it could be done so [Jones] has something to enforce [Ventiere] has something to prosecute and we have something that some citizens can get some relief.”