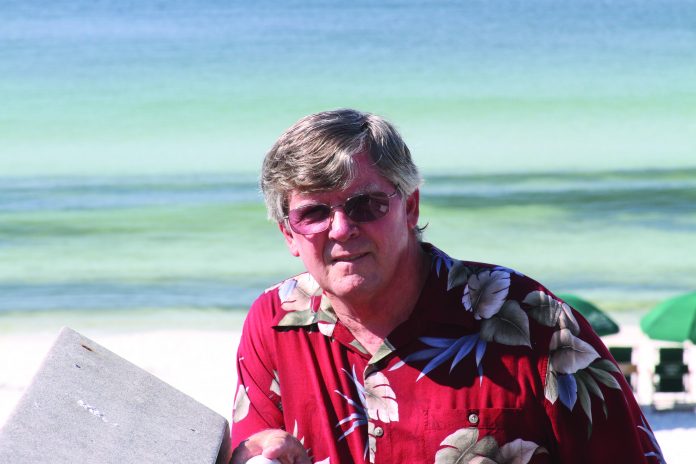 I write this on a damp and dreary morning, Irish spring weather, fewer than two hours away from the start of Savannah’s St. Patrick’s Day Parade – according to the count-down clock on the parade’s official website.
St. Patrick’s Day always brings Savannah to mind, for in the pantheon of parties put on to celebrate the man who supposedly drove the snakes out of Ireland, few rival the excesses enjoyed by that loveliest of Georgia cities.
It was not that way at the outset. The Georgia colony was fewer than two years old when a ship containing around 40 Irish convicts was forced into Savannah by bad weather and exhausted provisions. James Oglethorpe, who was setting up the colony, needed labor, so he purchased their indentures (sorta an early form of convict leasing), gave some to widows, and sold others to those who could afford them.
It was not a happy arrangement. According to later accounts the transported Irish
“committed murder, stole, ran away, and caused untold trouble,” so much so that “most Georgians wished they had never arrived.”
But they were there to stay.
Eventually the Irish assimilated, sorta, and in 1812, a group of them formed the Hibernian Society of Savannah to help needy Irish immigrants.
Many needed that help. Although most Irish immigrants entered the United States through northern ports, where they did not have to compete with slave labor, some came South, where they usually found work in occupations that owners felt were too dangerous for their chattel. As an antebellum planter explained to a northern visitor who asked why bondsmen worked at the top of a cotton slide and Irishmen worked at the bottom. “If a bale broke free we might lose a slave. This way we’ll only lose a Paddy.”
Even when successful, the Irish had a lot to overcome.
Consider Gerald O’Hara, Scarlett’s father, an Irish immigrant who married respectability and brought his Charleston-French-Catholic-bride to the Georgia upcountry where, despite his wealth and authority, he would never have been mistaken for an aristocrat. Yet somehow, in both the book and the movie, that big, florid, blustering man comes off downright admirable.
But back to Savannah where, a few years after getting organized the Hibernians began celebrating St. Patrick’s Day, and it wasn’t long after that that the parading began. Taking breaks for wars and for rescheduling around Holy Week – interesting reasons dictate the doings down there – the St. Patrick’s Day Parade has been held ever since.
Though not without some controversy.
Back in 1961 the celebration spilled over (no pun intended) when a fleet of locals attempted to turn the Savannah River green. But the dye diluted quickly and though a portion of the river turned “greenish,” the Savannah Morning News reported “the ultimate effect was not as startling as had been hoped for.”
Determined to keep the celebration from getting out of hand, which celebrations of this sort tend to do, Savannah’s more stable elements suggested that invited dignitaries might add dignity to the occasion. That plan was quashed in 1974 when then Lt. Gov. Lester Maddox showed up and rode his bicycle in the parade – backwards.
However, it was not the parade, but the onlookers who gave the day its reputation for alcohol soaked levity. Each year, attendees seemed to get a little more rowdy as T-shirts embossed with “Kiss me, I’m Irish” and “I don’t have a drinking problem, I drink, I fall down, no problem” became emblematic of what was going on.
Then, in 1983, the word went out – “Erin Go Bare” – and young women with no T-shirt at-all braved the March chill to expose themselves and their goosebumps to the admiring crowd. This was too much for authorities, and the crackdown began.
Since then, the forces of order have tried all sorts of ways to keep things under control. Streets in the entertainment districts were blocked off and anyone wanting to buy beer in the 32-ounce “go-cups” had to pay a fee and get a wristband to prove themselves worthy and of age.
The next year the size of the “go-cups” was reduced to 16 ounces, which accomplished little more than making two-handed drinking a social skill.
And so it followed that for every new rule, every new precaution, revelers found ways to get around the regulations and the party went on.
Then the next day, rowdies leave, the city cleans up, and the other Savannah, the elegant, Episcocratic, seersuckered and frocked Savannah, welcomes spring with garden parties where no one drinks from a “go-cup.”
Harvey H. (“Hardy”) Jackson is Professor Emeritus of History at Jacksonville State University. He can be reached at hjackson@cableone.net.