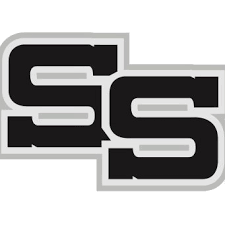 Smiths Station dropped a heartbreaking 27-24 loss to region opponent Enterprise last Friday night at Panther Stadium.
Following a Wildcat’s three-and-out on their opening drive, Smiths Station’s offense came out firing on all cylinders. A couple of chunk-yardage runs by senior running back L.C. Harris set up the Panthers in the prime scoring position.
After a Derrick Jefferson run to the 1-yard line, junior quarterback Corey Minton sneaked in to give Smiths Station an early 6-0 advantage. Kicker Taylor Walker’s extra-point try bounced off the right goalpost and the Panthers clung to a six-point lead.
On the next drive, Smiths Station linebacker Zane Faulk recovered Enterprise quarterback Jackson Darlington’s fumble at the Wildcat 26-yard line. Set up close to the red zone, the Panther offense failed to deliver, settling for a Walker field-goal attempt that would be blocked at the line of scrimmage.
The Panther defense would rise to the occasion again, with fellow Smiths Station linebacker Michael Mellage scooping up an Enterprise fumble and taking it 12 yards for a touchdown near the end of the first quarter.
It did not take long for Enterprise to counter. Utilizing its shotgun-based, inverted wishbone package, freshman running back Mykel Johnson ran through the heart of the Panther defense and delivered the Wildcats’ first score of the night only two minutes into the second quarter. Kicker Hunter Perry booted the extra point to trim the lead to seven.
Smiths Station’s offense would not come close to another score in the second quarter, which saw them be outscored 21-0 by Enterprise. The Wildcats added scores from Darlington and fullback Cole Killingsworth.
Trailing by seven entering the second half, Smiths Station showed the fight they had left.
On a simple read-pass option play, Minton opted to hand the ball off to Harris, who exploded off the hip of his right tackle for a 67-yard run that set them up deep inside Wildcats territory. Enterprise’s defense, however, snuffed that momentum, and the Panthers had to settle for a 21-yard goal from Walker, trailing 21-17.
Perry’s golden leg booted two more field goals late in the third quarter and midway through the fourth to give his team a 27-17 lead.
Under four minutes to go, Smiths Station was desperately looking for a way to get back into the game.
On a second-down throw along the left sideline, Minton threw an on-target pass to Ahmari Peabody. Enterprise cornerback Romaine McFarland interfered, giving the Panthers a pass onto their side of the 50-yard line.
The next play saw Minton throw a dart to McFarland off a screen play, and he outsprinted Enterprise defenders to give his team new life. Walker’s ensuing extra-point try was good.
Now trailing by three points with a little more than two minutes remaining, Smiths Station attempted an onside kick which they nearly recovered.
From there, Enterprise was able to milk the clock and escape Panther Stadium with a win.
This marks back-to-back region losses for Smiths Station, a team looking to improve on its 6-4 mark from last year. The Panthers’ next opponent is region foe Robert E. Lee (Montgomery), who upset Auburn 19-14 last Friday at Duck Samford Stadium.
With a 2-2 overall record, 0-2 in region play, the Panthers will welcome the Generals to Panther Stadium in a must-win game next Friday night. Kickoff is set for 8 p.m. E.S.T.