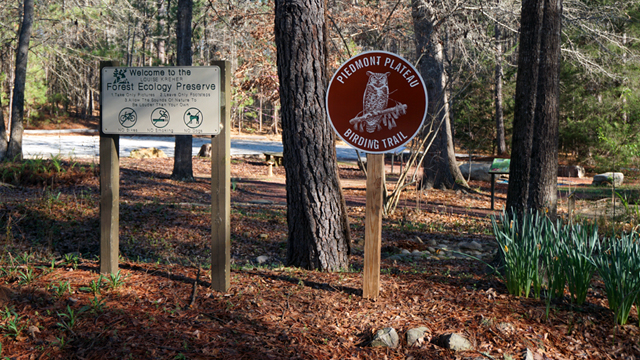 Many people missed Dr. Bob’s Traveling Snake Show the last time it came to Opelika but now they will have a second chance to see it. On March 21, Dr. Robert W. Hastings will present “The Snakes of Alabama” at the Opelika Wood Duck Heritage Preserve & Siddique Nature Park. Showing slides of the snakes of the southeast, and exhibiting live specimens of common species, Hastings describes identification methods and biological characteristics, corrects myths and answers questions. He uses science and a little humor to help people overcome their learned (and unnecessary) fear of all snakes.
His primary mission is to convince people that snakes are not bad animals. Come learn the differences between a Water Snake and a Cottonmouth, between a Timber Rattle Snake and a Gray Rat Snake and other tips on identifying our snakes.
Having studied reptiles for more than 60 years, Hastings has a special interest in their biology and conservation. This has led him to spend his retirement educating people, especially children, about the role of reptiles in the ecosystem.
He is a retired college professor, zoologist, marine scientist and naturalist. With degrees in zoology and marine biology from the University of Florida and Florida State University, he has served as a professor at Rutgers University (12 years) and at Southeastern Louisiana University (16 years), where he was director of Turtle Cove Environmental Research Station on Lake Pontchartrain. Hastings is also the author of “The Lakes of Pontchartrain: Their History and Environments,” a historical and biological study of Lake Pontchartrain. He moved to Alabama in 2002 to become Director of the Alabama Natural Heritage Program. Hastings has been a Sierra Club member for more than 35 years and has served in many leadership positions, including chair of the Alabama Chapter and chair of the Montgomery Group. He is currently vice-chair of the Montgomery Group.
The program starts at 10 a.m., allowing visitors to do some birding along the trails to two viewing blinds. Most of the trails are fairly level with only a short section having a moderate change in elevation. OWDHP and SNP is Site #10 on the Piedmont Plateau Birding Trail map. The pavilion and parking area is located at 3601 Waverly Parkway in Opelika.