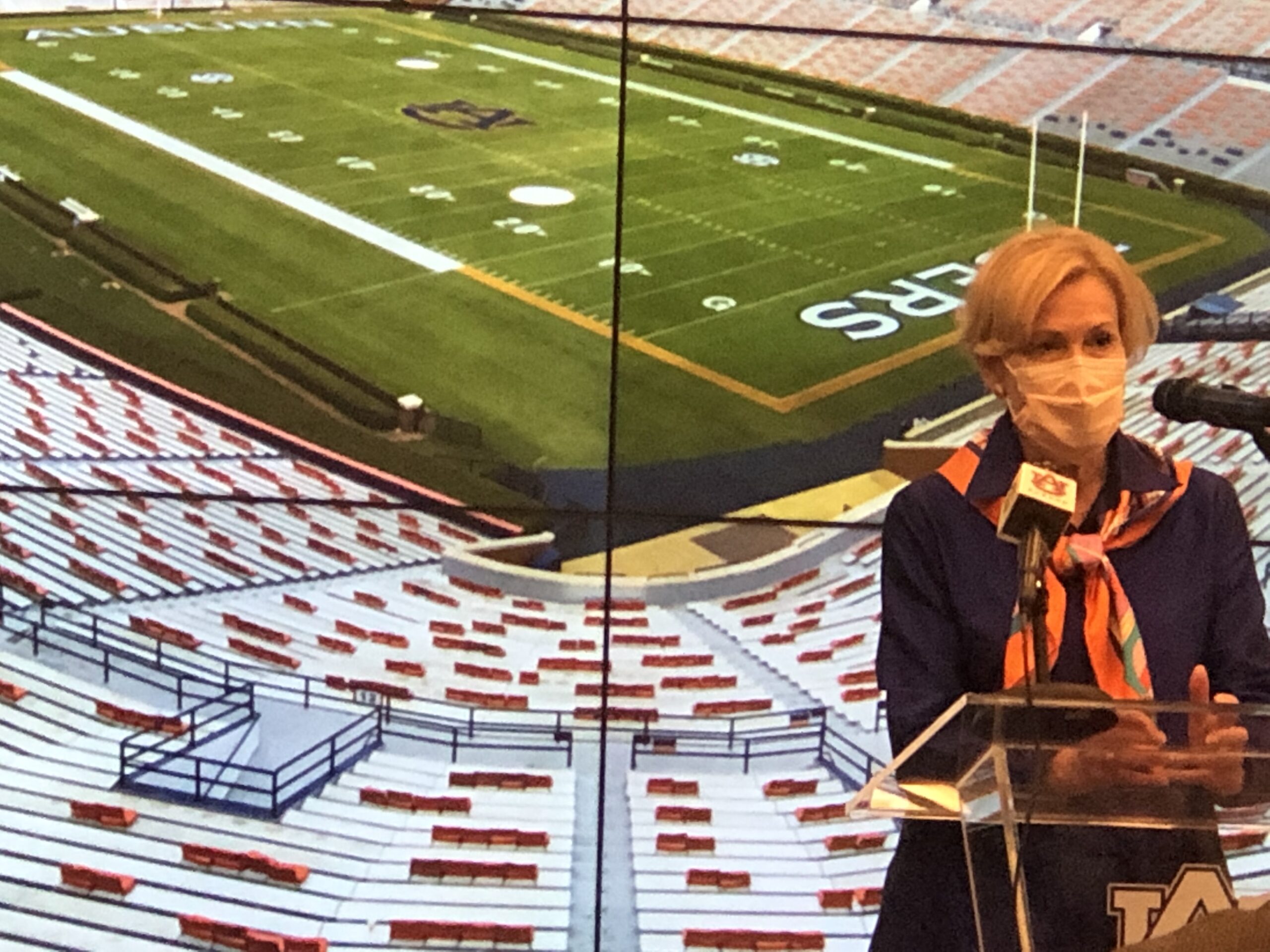 Deborah Birx, who serves as the white house coronavirus response coordinator, met with Auburn University leaders today to discuss how Auburn is handling the pandemic and reminded everyone to keep up the good work with masks.

“When I was last here, the beginning of July, it was a very difficult time in general for Alabama and we saw nearly 95 to 100% of every county in Alabama, rural or urban that had more than 10% test positivity for COVID-19,” she said.

Birx praised Auburn and the state of Alabama for the work it has done in lowering case numbers and preventing spread.

“What was once almost uniformly across Alabama high test positivity, we now have less than 22% to 20% all of the counties, from 100% to around 20% in just the last eight weeks,” she said.

The White House representative said she has been visiting almost all SEC schools to meet with not only university leaders, but students.

“I think what has come out of this is one SEC,” she said. “Not an SEC of constant competition but an SEC that shared information across the schools, over the summer, and what we’ve learned is the reason these schools have been able to convene and have students and have students here on campus and have in-person classes has been because they spent the summer planning as one.”

The fight is not over, however, and when asked, Birx said she recommends Ivey extend the mask ordinance next week when the current order expires.

“Because if you look at what happened within two weeks of the mask mandate, you can see the dramatic decline in cases here in Alabama,” she said.

Birx also urged not only students to keep complying but parents and alumni, as well.

This applies to SEC football game days, too, she said. Parents who are on campus for games or visiting students across the south should wear their masks just as students are urged to.

Birx was asked what Alabama can do to improve its response to the coronavirus and she said that continued mitigation is necessary.

“I think it’s a really clear illustration, of one, what happened post memorial day, but what we can do as an American group of public individuals to really prevent that spread,” she said.

Birx is a proponent of having vaccine as soon as possible for Americans. The country is losing, on average, 1,000 Americans a week to the coronavirus. So if a vaccine is released a week early, that is potentially 7,000 lives saved, she said.

“So I’m pushing for a safe and effective vaccine as fast as we can because it will prevent the mortality of Americans just like every vaccine that we use today does,” Birx said.