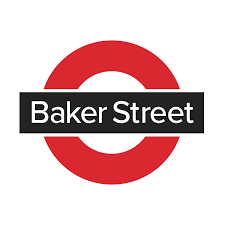 Enticed by the growing arts scene and creative feel of downtown Opelika, Trey Gafford of Baker Street Digital has relocated his marketing agency to the second floor of the old Timmerman Building and is open for business.
Baker Street, formerly known as the Gafford Design Group and Northstar Integrated Advertising, Inc., has been in existence since 1998. Originally focused on graphic design work, the business has shifted its services to becoming a full-service advertising agency.
“Obviously, our name draws inspiration from the Sherlock Holmes stories. When we’re working on a campaign, we’re backtracking and using deductive reasoning … we start at the end to get to the beginning,” Trey said. “The suspect is a lead or a prospect and what we’re doing is really figuring out how to talk to them, figure out what they do and how to get someone interested in what they do.”
Baker Street’s reach extends as far as Indiana, Louisiana and Ohio, but the bulk of their clientele are local businesses, institutions and organizations. Among the list of current and past local clients are several recognizable names, including Envy Salon, Opelika Main Street, Southern Preparatory Academy (formerly Lyman Ward Academy) and Tuskegee University.
Jamie Johnson, a member of Baker Street’s graphic design team, discussed a particular project which involved helping Red Clay Brewing Company launch their canned craft beer line in early 2018.
“We worked to take (Red Clay’s) identity and create a cohesive system for each (flavor) which allowed for it to have its own identity, but tie in to each other and be part of one brand when you looked at them side-by-side. That’s one of my biggest personal accomplishments because it took something from a taproom to being sold regionally throughout the United States,” Johnson said.
There are six employees who work out of the Opelika office, including Trey and his wife Dana. They have an independent sales representative based in Birmingham.
Currently, Trey and building owner Deke Hilyer are collaborating on finishing the build-out of out their space at 207 S. 8th St., Suite 210, to include larger work stations for employees.
Once finished, Trey said they plan to start a monthly “Baker Street Academy” to help answer questions that individuals may have advertising or marketing-related topics.
The secret to staying open in business for more than 20 years is simple, according to Trey: follow through with commitments to customers.
“We’re going to do what we said we’re going to do, and we’re going to do it for the price that we agreed on and we’re never going to miss a deadline,” Trey said.
Digital Analyst Gage Morrison added that the company brings a human touch to their work, something he said is missing from most of today’s most commonly employed marketing strategies.
“What we offer is genuine communication. We’re not just another digital voice being thrown out there or part of the static of monotonous advertising, but we will rise above and actually break through to reach people,” Morrison said.
For more information or to view a full list of services that Baker Street Digital provides, call 334-787-9605, like and follow their social media pages or visit www.bakerstreetdigital.com. Their business hours are 9 a.m. to 5 p.m. Monday through Friday.