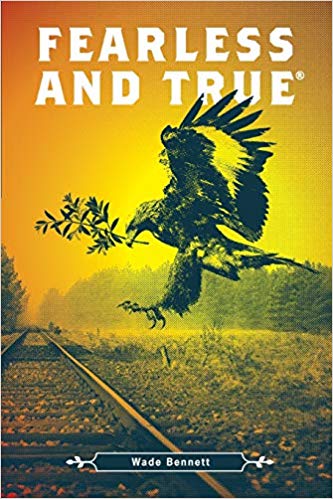 Wade Bennett has lived in Auburn most of his life. He graduated from Auburn in 2000 with a degree in horticulture, and he works in logistics for Wickle’s Pickles.
He has just recently accomplished a years-long goal of his, which was to write a book. The book, called “Fearless and True,” not only checks off that box for him, but satisfied his desire to tell a story he’s been thinking about for a while now.
Fearless and True is a work of historical fiction set in 1892, and it is centered around the first Auburn football game against Georgia. One of the two main characters is a fictional Civil War veteran who teaches at Auburn. The other is George Petrie. The book is more about the relationship between these two men than it is about football.
Bennett said he was inspired to create the Civil War veteran character, Col. William Paul, by his discovery of a section of Pine Hill Cemetery in Auburn dedicated to nearly 100 unknown soldiers of the Civil War.
“It just kind of struck a nerve, and I started working on, not a rough draft of the story, but on a poem,” Bennett said. He posted the poem on Facebook, and when he got tremendous support from friends and family about his writing, the poem evolved into this book, Fearless and True.
“It’s just a way to honor those guys and a way to honor my past and my love for Auburn,” Bennett added. He includes elements in the book that will be familiar to any Auburn graduate, student or fan, which is a way to attract readers. The Auburn football hook is a means to deliver the story he wanted to tell, about the relationship between a Civil War veteran and a younger man at Auburn, to a wider readership.
Bennett self-published his book with help from a couple of local contacts he made in the industry.
“I was very fortunate to meet Tina Tatum. She’s an editor and a publisher, and she really has a knack for helping people like me self-publish,” Bennett said. “She did all of my editing, she helped me rewrite certain segments of the book, and she got me set up with my distributor.”
Fearless and True is available for purchase on Amazon.com and at several bookstores in Auburn, including J&M Books, which is located at 115 S. College St.