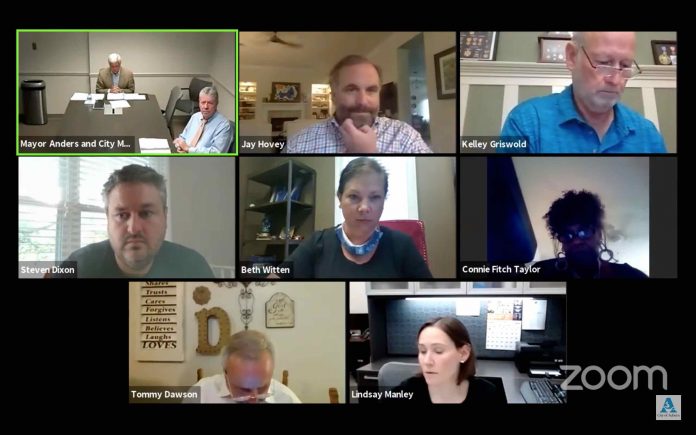 Brett Basquin, representing The Mary W. Vinton Trust, who requested the annexation, spoke during the citizens’ communication to encourage the council to approve the annexation ordinance.

The applicant planned to turn the acreage into residential lots, Basquin said, but keep it rural at the same time.

Each lot would have been about 3 acres.

“This is going to be a high-end, large lot subdivision per say,” Basquin said.

The planning commission denied recommendation because the property is located outside of the city of Auburn’s optimal boundary line.

The property owners and representatives argued that the line should be evaluated anyway.

Ward 4 Council Member Beth Witten said she was against annexing the land. She said she ran for council to help observe the boundary lines and believes that although the property might now be on the septic system, eventually those homeowners will want to receive the same services as other homeowners in Auburn.

“The fact that we have unanimous denial recommendations from both the staff and the commission and then a lack of support form the school board is significant,” said Ward 2 Council Member Kelley Griswold.

Griswold said he was contacted by residents in the area who asked the council not to approve the ordinance.

The council also voted against establishing ‘no parking’ zones on Sanders Street.

Andrew Parmer spoke during citizen’s communications to urge the council against creating the zones. He said that his construction crews have made parking difficult on Sanders Street but it will be finished by December. He has tenets on Sanders Street and has encouraged them to be mindful of parking, he said.

“If the citizens can work out the parking problem over there, I certainly would be in favor of allowing them a chance to do it,” said Ward 8 Council Member Tommy Dawson.