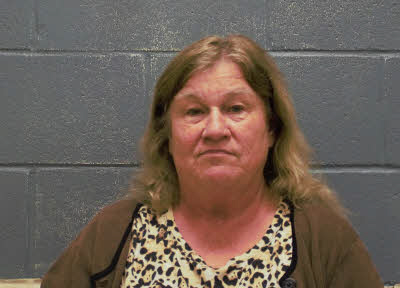 *update* Margaret Brown has declined to offer comment at this time.

Lee County Sheriff Jay Jones confirmed on Monday afternoon that Auburn attorney, Margaret Brown, turned herself in to the Lee County Sheriff’s office on warrants stemming from noise complaints taken over the last several months and possibly even back into last year.

“The sheriff’s office received four warrants, naming Ms. Brown as a defendant, on four separate charges for disorderly conduct,” Jones said.  “We contacted Ms. Brown and made arrangements for her to turn herself in.”  Brown turned herself in on May 6, was booked, posted bond of $1,200 and was released.

The case will be heard in district court in August.

Last month a group of Beauregard residents ask the Lee County Commission for their help with complaints of noise in their community. The noise complaints include the recorded, non-EMA tornado and air raid sirens, but also the sounds of coyote mating calls, other animal noises, church bells and more.

One resident in Beauregard, Tim Cummings, said he is a combat veteran with PTSD, directly affected by the noises in Beauregard.

However, it is not only veterans affected, Cummings said, but the community at large.

“This is also posing a risk to our entire community because now we don’t know if there’s going to be a tornado or something else that’s going to hit,” he said.

The property in question is owned by Brown. At a recent commission meeting, Brown said she does not play music but that her partner, Travis Carlisle, does play music, but it is all sounds used in commercially-made entertainment music, such as music from Grand Theft Auto and club music.

There are no siren sounds outside of that music, Brown said at a subsequent meeting.

For misdemeanor offenses, a person witnessing an event and filing a complaint, can file for a warrant which is what happened in this case, Jones said.