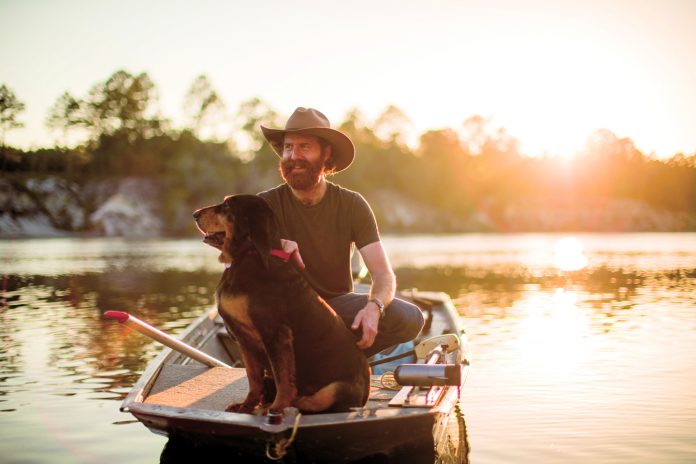 DEAR SEAN:
The nation is going down the toilet, bro, and it is people like you (no offense) who are inadvertently doing more harm than good.
I don’t mean to be a hater, but Americans suck right now, dude. I know you mean well, but nothing’s going to change if you keep writing little candy-coated vignettes and ignore our problems.
Thanks,
Not feeling very patriotic this year bro
DEAR UNPATRIOTIC:
A few candy-coated vignettes for you:
Meet Mary—single mother with three kids. Her husband shot himself with a hunting rifle after serving in Iraq.
She goes to baseball games, soccer games, piano recitals, 4H Club, Girl Scouts and still finds time to make supper.
She works as a receptionist and helps her brother-in-law landscape on weekends.
“Some days I don’t know if I’m gonna cry or scream,” she told me. “I keep telling myself, God’s gonna gimme strength.”
Here’s some more candy-coating:
John. Guitarist and singer. He’s played in small bars since high school. His father called John a “loser” and “lazy.”
Not true.
John met a girl. A dental assistant, attending school to become a dentist. Her parents are immigrants, she doesn’t have much money.
They got married. John gave up music to work three jobs and fund her tuition.
“I spend my days on scaffolding,” said John. “Painting commercial buildings, and part-time with an electrician, man I’m hauling ass, but I love her.”
God bless love.
Another: I’ll call her Candy —that seems appropriate. She met a man. She was a hairdresser, he was military.
He got deployed. There was an incident. Now, he has a prosthetic leg.
She had children with him. They’ve gone through hell.
Today, be stays at home, caring for kids, packing lunches, kissing scraped knees. She cuts hair.
“You wouldn’t believe our cool life,” says Candy. “Having kids has actually healed my husband’s heart.”
Her oldest brought her husband to classroom career day. It had been a long time since he wore his old uniform.
He told his story and made his forefathers proud.
How about Don:
A white-haired mechanic who’s had grease under his fingernails since his teens. And for almost that long, he’s driven he same ugly Ford.
The vehicle finally gave up the ghost.
Don junked the truck and has been hitching rides.
On his birthday: a catered Dunkin Donut breakfast, greeting cards, balloons and something else. His coworkers led him outside, blindfolded.
A red Ford Ranger with 57,000 miles.
Wrapped in a big ribbon.
Anyway, you have every right to not like where this country is going, friend. And who am I to tell you how to feel about your own country?
But when those fireworks go off on the Fourth of July, I’ll be watching. And thinking. Thinking about single mothers, mechanics, dental students, pain-pill addicts, homeless drunks, county prisoners, veteran amputees, immigrant students, preachers, burnt-out bartenders, football coaches, nurses, electricians, factory workers, janitors, writers. You.
And my granddaddy, who fought hard just to pay bills, turn soil, and forget the War that changed him. I’m talking about ordinary people. Americans.
I’m sorry you don’t feel patriotic this year. But as for me, I am proud as hell.
Bro.
Sean Dietrich is a columnist, and novelist, known for his commentary on life in the American South. His work has appeared in Southern Living, the Tallahassee Democrat, Southern Magazine, Yellowhammer News, the Bitter Southerner, the Mobile Press Register and he has authored seven books.