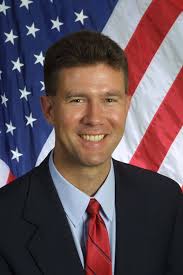 Alabama Secretary of State John H. Merrill last week received the U.S. Global Leadership Coalition’s Leading Globally Matters Locally Award during the organization’s State Leaders Summit in Washington, D.C.
The award recognizes his efforts to support U.S. diplomacy and development programs that strengthen Alabama’s economy and help keep America safe.
“I am honored to be recognized for these efforts to support U.S. diplomacy and programs that are encouraging international trade,” Merrill said. “If we choose not to follow the path that’s been set by investing in international relations and international markets, it puts our local economies behind. So many times, our people are reluctant to embrace that international flavor. We’ve got to make sure that we’re taking advantage of all of those opportunities that we have, from the mom-and-pop shops all the way up to the Fortune 500 companies.”
Merrill was joined by 300 current and former elected officials over the two-day U.S. Global Leadership Coalition, and is one of four who were honored as Leading Globally Matters Locally Award recipients, including Bob Holden, former Governor of Missouri, Mark Schweiker, former Governor of Pennsylvania, and Alex Sink, former Florida State Chief Financial Officer.
“In my role as Secretary of State, I’ve made sure to give equal attention to activities here at home and abroad in order to make it easy to do business and boost commerce in the Alabama economy,” Merrill said.
According to The Global Coalition, last year Alabama exported $21.7 billion in goods overseas, and trade supports 488,900 local jobs.