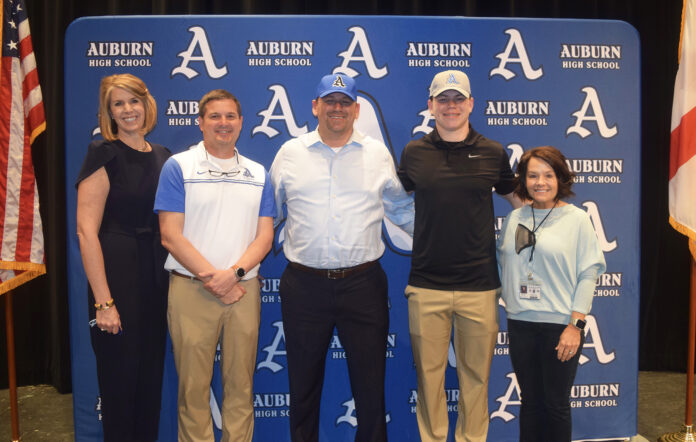 “On the Mark” sports radio airing on Fox Sports the Game 910-1310 broke the news yesterday that Keith Etheredge was to be named Auburn High’s new football coach at a called board meeting by Auburn City Schools Superintendent Dr. Cristen Herring. The meeting was held at noon today where the board voted to hire Etheridge.

Etheredge comes to Auburn after spending the past two seasons as head coach at Oxford High School, where he compiled a 25-3 record, winning the 6A State Championship in 2019.

He brings an overall record of 150-51 in 15 years as a head coach, including five state championships.

Etheredge’s first head coaching job was at Leeds High School in 2006. While there, he won 107 games while losing 34 over 10 years, including four state championships.

This is a developing story, stay tuned for more details.