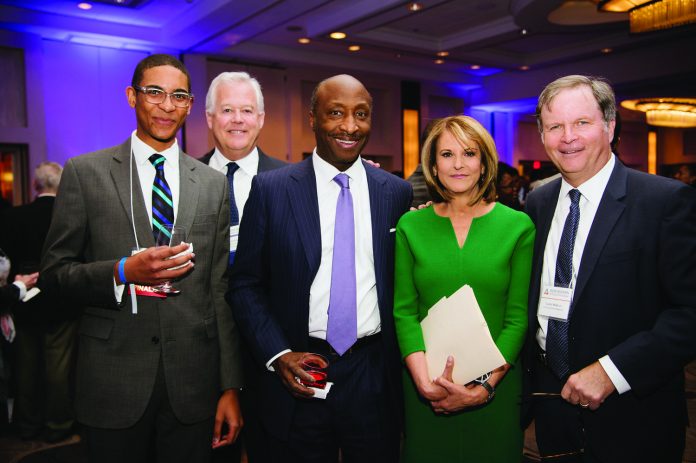 In the halls of Opelika High School he’s known as “Mr. President,” but now senior Jamie Lowe is also known as a Ron Brown Scholar. Close to 5,000 African-American high school seniors from across the U.S. applied for Ron Brown Scholarships. Lowe was one of 25 students, and the only one from Alabama, to receive one of those scholarships.
Ronald (Ron) H. Brown was the first African-American to serve as the United States Secretary of Commerce, as well as the first to serve as Chairman of the Democratic National Committee.
The Ron Brown Scholar Fund promotes academic excellence, awarding Scholars with $40,000 ($10,000 per year for four years) to be used at the college or university of their choice.
“Last October I wrote my essays and sent them in. When January rolled around they informed me I was one of 75 people to move forward to the semi-finals.” Lowe said. “I had to write two more essays. One on the greatest problem facing our society and the other about the organization I am most proud to be a part of.”
After he sent in his two essays, Lowe said he was chosen to be one of 30 Scholar finalists. ”They flew us all out to Washington D.C. for selection weekend. That Saturday we had five individual interview rounds from 9 a.m. – 5 p.m. It was a long day. That night we had a formal dinner with other previous Scholars, then flew home Sunday.”
Lowe had to wait until the following Tuesday, to find out whether he was selected to be a Scholar. “I was called while I was at Men’s Warehouse getting my tux for prom. I was jumping and screaming in the store.”
The magnitude of being awarded a Ron Brown Scholarship doesn’t escape Lowe.
“It was very uplifting to me, because you just don’t see that many organizations for minority groups. I was in awe when I got to D.C. to see how many diverse people were contributing. The best thing about Ron Brown is that it is a community and a family. The other Scholars coming back (to D.C.) it was like a family reunion.”
Along with the support of his mother, Lowe said two people have helped him find his way to the political arena and mentor him, Opelika Councilwoman Patricia “Patsy” Jones and Circuit Judge Michael Fellows.
Lowe said Jones has taken him to Montgomery for democratic conventions and events, where he has met many players in the political world. Jones also helped him get a position as a page for State Senator Quinton Ross. “Jamie has always been very interested in government. He’s a wonderful young man,” Jones said. He’s very intelligent. He wants to know and wants to do well. He wants to give back and make a difference.”
Lowe has been an intern for Judge Fellows for the past year and said the judge is a remarkable man. “I like the way he thinks. Just watching him on the bench, he is so very wise. He speaks in analogies all the time. I’ve been keeping a quote book of things he says. He’s also helped me facilitate my community involvement.”
Judge Fellows said he has been “wowed” by Lowe.
“He is a great young man. He is not your typical highschool senior. He’s one of those, take life by the horns, kind-of guy. I think Jamie is really smart and cares about people and is really dedicated. He is going to be good at whatever he does.”
Lowe added that so many people have contributed to who he is today. “I’m grateful to the entire community. Even my peers have been so supportive of me. I’m class president and they all know I want to be president of the United States of America someday. They call me Mr. President. I have a very supportive class and I love them all very much.”
The list is long, but being a part of National Honor Society, Math and History Honors, Key Club, Student Government Association (SGA) and band are just some of Lowe’s other accomplishments at OHS. “I was in band until this year. I had to let it go due to time constraints. And I hate that. I loved the band. I play the trumpet.”
Lowe will be attending Auburn University in the fall. His Ron Brown Scholarship, MLK Leadership Scholarship and several academic scholarships, will cover his tuition for four years. After that, Lowe said he wants to attend law school at either Princeton or Yale.
To future students, Lowe has this advice. ”I strongly recommend spreading yourself out there to see what comes your way. Even if you don’t think you might get something (scholarship) you will. It’s never healthy to doubt yourself. Being aware of yourself is positive, but self-doubt is the most detrimental thing to success.”