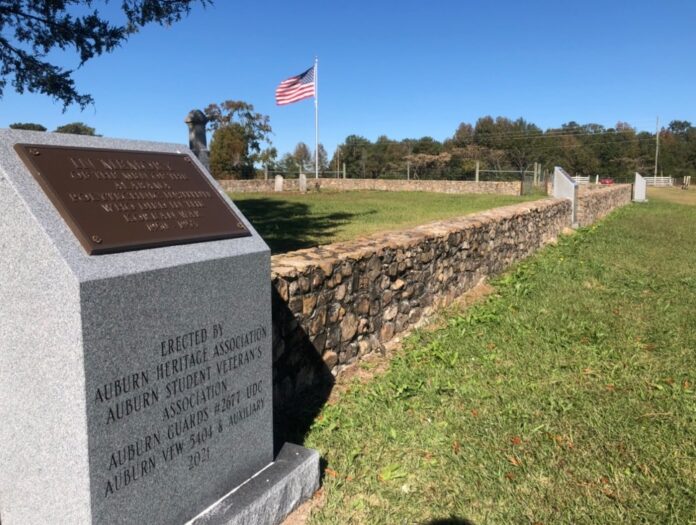 On Sunday afternoon, the Auburn Heritage Association, the Auburn Student Veterans Association and other local organizations will unveil an honorary marker for Alabama Polytechnic Institute (Auburn University) veterans who died in the Korean War.

“I’m trying to bring everybody together again,” said Charlie Hendrix, vice president of the Auburn Heritage Association, who is encouraging the public, veterans and local Koreans to attend. “… I want Koreans from East Alabama and West Georgia, you are invited to come.”

“We just want to simply say a thank you [to veterans] for what you’ve done,” Hendrix said. “And for, being alive today you have made a difference.”

The Korean War is often called the forgotten war, which should never be the case about America’s conflicts and wars, Hendrix said.

The marker was erected, and will be unveiled, on a parcel of land surrounded by Auburn University land. There is not a specific address Hendrix could provide but said, “If you are going out Wire Road, before you hit the Shug Jordan Expressway, on the left is going to be an incline road. Go up that incline.”

In that same area are other markers for World War I, World War II and the Vietnam War, a gravesite and a flagpole.

The unveiling will take place at 2 p.m. at that site.

“It’s not going to be a long, drawn-out ceremony,” Hendrix said. “Gen. [Ron] Burgess is going to actually speak for ten to twelve minutes, we’re going to have an honor guard and somebody’s going to sing the national anthem.”