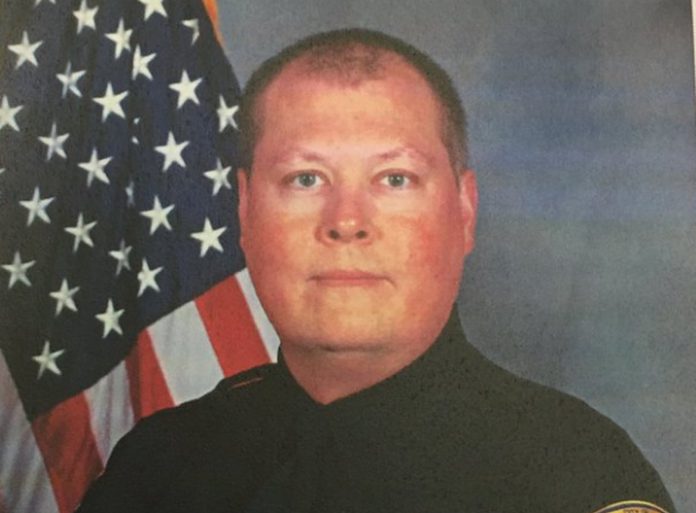 Members of the Auburn-Opelika area and Lee County are remembering the life of Auburn Police Officer William Buechner, who lost his life one year ago today.

Buechner, along with officers Evan Elliott, Webb Sistrunk and a fourth, unnamed officer, drove to the Arrowhead Mobile Home Park in Auburn in response to a 9-1-1 domestic disturbance call from a female reporting that her live-in boyfriend and father of her child threatened to physically assault and kill her, according to an affidavit filed by State Detective Reginald Harkins.

At the door, the four officers were greeted with gunfire. Grady Wayne Wilkes, a 29-year-old Alabama National Guard corporal, donned body armor and used his rifle to open fire on them. Buechner, Elliott and Sistrunk were shot, but the fourth officer did not receive any wounds or injuries.

Buechner was rushed by ambulance to East Alabama Medical Center, where physicians pronounced him dead because from his wounds.

Wilkes managed a brief escape from the authorities, leading them on a manhunt for the next few hours before his ultimate capture and arrest.

Two days later, Wilkes was brought before Judge Chris Hughes in his courtroom at the Lee County Justice Center, where he was formally charged with capital murder, three counts of attempted murder of law enforcement officers and second-degree domestic violence-strangulation.

On Thursday of that week, thousands of citizens and fellow local law enforcement officers from across the state lined the streets of Auburn to observe Buechner’s funeral procession. His visitation and funeral service was held at the Auburn University Arena.

During the weeks and months after the shooting, the community rallied around Buechner’s family and survivors Elliott and Sistrunk. Both recovered from their injuries and have since rejoined the police force.

Social media has been flooded with posts recently remembering Buechner’s career and sacrifice.

“Thank you for your sacrificial love for our community,” wrote Lee County EMA Director Rita Smith.

“(Buechner) was a great man, mentor, role model and good soul,” posted Vickie Lynn McLeroy, founder of the local nonprofit organization BacktheBadge Lee County. “I know all of his friends and ‘Blue Family’ are feeling all types of emotions but I wish and pray many will take the time to celebrate his memory in their own special way.”

The Observer would like to extend our best thoughts and wishes to Buechner’s family on this anniversary. We appreciate his service and sacrifice.