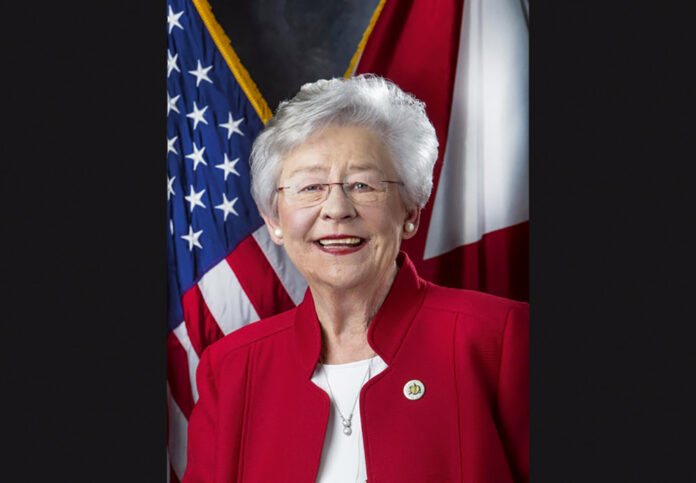 A month from tomorrow is Jim Buston’s last day as city manager for the city of Auburn.

Buston never planned to be Auburn’s city manager — in fact, he planned to leave years ago. He worked for 25 years with the city of Auburn, but back when his career began, he didn’t even apply for the job.

“Here’s what happened,” he said. “Let’s go back a little bit further. When I got my master’s degree here at Auburn, I had taken a course from a professor about how to teach teachers about computers. Because back in 1980, when I was in graduate school, computers were not readily available in classrooms and things like that. They were just getting there.”

This same professor asked Buston, just a few months later after graduation, if he would join a new IT company.

Buston was in the private sector — a big jump to city government — for 13 years. He was spending a lot of time in Manhattan, where the company’s warehouse was based.

“I kind of got tired of it,” he said. “So, I knew this guy named Clyde Prather …  he was the public safety director for the city of Auburn. And he had talked to me one day and said, ‘Hey, the city manager wants to talk to you. He has this idea that he wants to run by you.’”

Dr. Doug Watson, the city manager at the time, wanted to start Auburn’s first IT department.

“I think it was because of my Peace Corp experience where I had this idea that I want to do something that’s meaningful,” Buston said. “And I thought, ‘Well this is a good way I can contribute a little bit to my community.’”

The caveat was that Buston said that he was only going to give the city three years; three years to set up the department and then he was going to return to the private sector.

Buston began his 25-year career with Auburn on May 1, 1996; his goal was to spearhead a new IT department.

“Internet was just brand new,” he said. “The world wide web was just starting. Before that, it was the internet, and you needed a little program called ‘gopher’ in order to search the internet.”

Email was a new venture, and there was no voicemail in the city yet, Buston said.

“One of the biggest complaints the citizens had was that they could never get anybody on the phone, it would just ring and ring and ring and nobody would answer, or they would get a busy signal and they would have to keep calling back,” he said. “So one of the very first things I did was actually get voicemails for the phones.”

Buston was working to connect different buildings in the city.

“We were actually putting wire in the ground, connecting things up, seeing this network being developed from nothing, so that was kind of satisfying to actually see the results of what you were doing and see how it was being used,” he said.

Buston hit his three-year mark and pushed it up to five.

“There was always one more thing to do,” he said.

Doug Watson retired as Auburn city manager and was replaced by David Watkins.

“When David Watkins came in, I was thinking, ‘Okay, it’s time I leave,’ but again, one thing led to another,” Buston said. “… while [Watkins] was here, my assistant in IT applied for, and got the job, as assistant city manager for David. So when David left, after his short time here, Charlie Duggin, who was my assistant, was hired as city manager.”

Buston was assistant city manager for 11 years before Duggin retired in 2016. Buston was thinking he was about ready to retire himself.

“I had planned on retiring three years ago but [Duggin] beat me to it,” he said. “He just did it. He didn’t tell anyone that it was coming. He just announced one day that he was retiring. And so I thought, ‘Oh, crap.’”

The city asked Buston if he would serve as city manager, but he said no, he was ready to be done. But he did agree to serve until they found a suitable candidate through a national search.

“The applicants that they got were not to the liking of the council,” Buston said. “The council felt that they were not, again, good fits for Auburn. So they came back to me and said, ‘We did a national search. We didn’t find what we were looking for. Would you consider being city manager at least up until the new council is elected?’”

So, Buston agreed. Duggin had retired in early 2017 and the new council election would take place in the fall of 2018. This meant Buston only had to serve for about a year and a half.

“And after the election, the new mayor, Ron Anders … he asked me if I would stay on and I said, ‘I’ll only stay on halfway through your term, within two years of your term, because I really need to retire.’”

Now, Buston is retiring. His last day will be Jan. 31.

Over his 25 years with the city, Buston said that there was always just “one more thing;” little things that could make the difference.

“You see how you can affect just little things,” he said. “If you can do something just a little bit more efficient and have employees that are just a little bit more efficient, they are able to help someone more quickly or people are able to help themselves as opposed to having to run through all this bureaucracy to get something done. So that, just seeing where you’re making a small, little impact in the community, it’s kind of gratifying.”

One thing Buston said he realized once he moved up in city government was that the staff makes all the difference.

“The staff here, the employees that we have, they just, they really are good,” he said. “And I know a lot of people say that about their employees in different areas, but it really is true here.”

Not just with the staff, but for 25 years, Buston worked with different mayors and council members.

Former Mayor Jan Dempsey and Buston only overlapped by two years in the city government. The majority of his career was under former Mayor Bill Ham, who was replaced by Anders in 2018.

“The mayors and the council over the time I’ve been here has been pretty stable,” he said. “There haven’t been a whole lot of them, like the mayor, Bill, was mayor for 20-something years, almost the entire time I was here. And even the council members were pretty stable.”

Things changed in 2018 when six council members left their office, including Ham.

“That was very weird, yeah, and when you get six new council members coming in that have never been on the council, many of them have never been on any committee or board or commission at all,” Buston said. “They just were brand new, so there has been a learning curve.”

The way the city manager position works is that the manager will work closely with the council and mayors and handle the day-to-day of running a city.

The council authorizes action that Buston can take, he said, such as finalizing budgets that he works through.

He also answers a lot of questions for the council members.

Buston has talked to classes of students and has thoughts on what could make a city manager successful.

“I think a successful city manager needs to have a diverse outlook on life in general,” he said. “… they really need to read a lot of diverse literature, don’t just stay, if you like science-fiction novels, don’t just stay with that. Read other things.

“Diversify your education, because in city management you’re going to be dealing with a diverse population, from all walks of life, all socio-economic statuses.”

Having such a diverse population also means that a city manager should try to be empathetic, Buston said.

“You have to be able to understand, at least slightly, where [a citizen is] coming from and what they’re feeling and why they want what they’re asking you to deliver for them,” he said. “And you can’t do that if you only know about one thing.”

Now, Buston said he wants to travel. Of course, because of the pandemic, his plans may be on hold.

“I really wanted to see some things that I’ve read about, some history in Europe,” he said. “I’ll spend some time in Italy, which I really like. And so my thought was, I’m going to retire and then get some place, maybe rent some place in Italy and that will be my base of operation and then I’ll just travel around Europe for a couple years and then I’ll come back. But now with COVID, that’s not so much.”

So far now, his plans are uncertain. Just like he pushed off retirement, Buston will push off travel. But the goal remains.