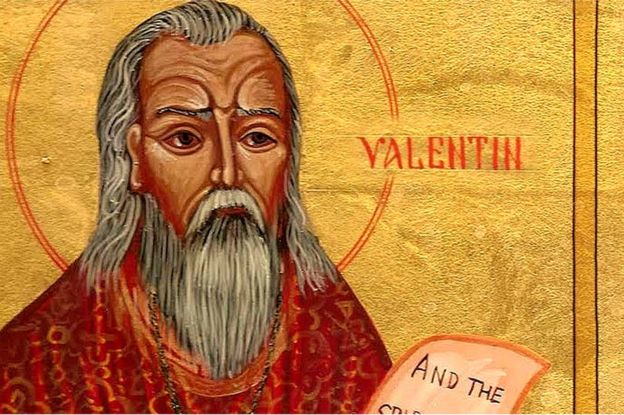 Valentine’s Day is a well-known and widely celebrated holiday that encourages us to show our appreciation for friends and loved ones, but the origins of this beloved day are shrouded in uncertainty.
St. Valentine’s Day as we know it contains traces of both Christian and ancient Roman traditions. The Catholic Church recognizes at least three martyred saints named Valentine or Valentinus. According to one legend, Valentine was a priest during third-century Rome who, after the emperor had outlawed marriage for young men so they could be soldiers, continued to perform marriages in secret until he was caught.
Another legend contends that he may have been killed for trying to help Christians escape the harsh conditions of Roman prisons. When Valentine was imprisoned himself, he supposedly sent the first ever “valentine” greeting to a girl he fell in love with—possibly the jailor’s daughter—which was signed “From your Valentine.”
As far as our celebration of this day of love, one possibility of its origin is an attempt around A.D. 270 to Christianize a pagan celebration, Lupercalia. This fertility festival dedicated to Faunus, the Roman god of agriculture, was celebrated on Feb. 15. The festival involved sacrificing a goat for fertility and a dog for purification, and it ended with young women being matched for a year with a bachelor. These matches often resulted in marriage.
Lupercalia was officially outlawed at the end of the 5th century, and the Pope declared Feb. 14 ‘St. Valentine’s Day.’ However, it wasn’t until the Middle Ages that the day became positively associated with love. During this time, it was a common belief across England and France that the day marked the beginning of birds’ mating season. Valentine’s greetings also rose to popularity, but the earliest known written valentine that still exists today is a 1415 poem from the Duke of Orleans to his wife.
Valentine’s Day was widely celebrated by the 17th century, and exchanging hand-made valentines became a popular tradition by the 18th century. In the 1840s, valentines began to be mass-produced, and at the turn of the century, advancements in printing technology made printed cards more popular than written ones. According to the Greeting Card Association, Valentine’s Day is now the second largest holiday of the year for card sending, with an estimated 145 million cards being sent each year outside of classroom valentines.