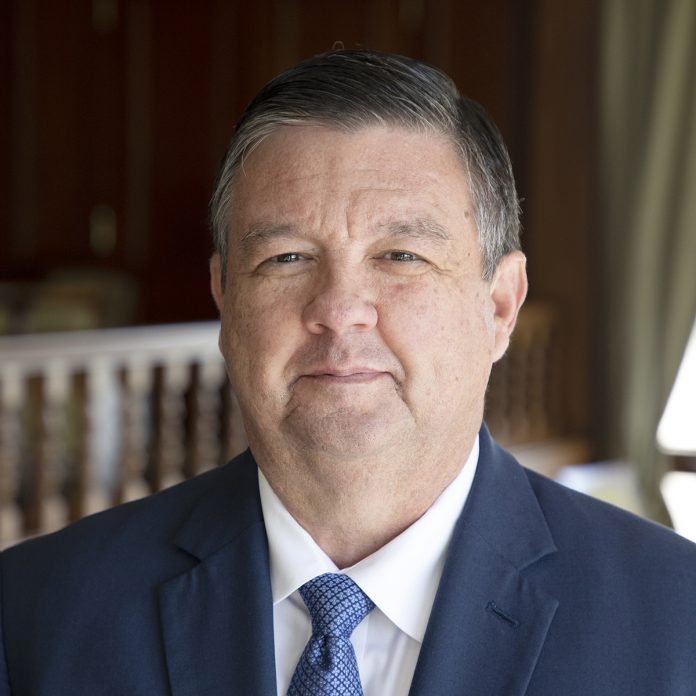 Jimmy Wright, president of Opelika’s Wright’s Market, has been elected to the Alabama Retail Association’s board of directors. His two-year term begins Jan. 1.
Wright began his grocery career in 1973 at age 12 as a bagger at the Opelika store that his father managed. In 1997, Wright bought the store from William Ennis and rebranded it as Wright’s Market in 2003. His 22,000-square-foot independent grocery, known for its fresh meat and produce, employs 32 people.
Wright, an innovator in mobile and online grocery shopping, earned his bachelor’s degree in business administration from Auburn University at Montgomery.
Wright and his store have received local, state and national recognition. In 2015, he was the Opelika Chamber of Commerce’s Spirit of Opelika award winner; in 2016, he won a U.S. Chamber of Commerce Community Excellence Award; in 2018, the Alabama Grocers Association presented him with the Spirit of Alabama Award for his efforts to eliminate food deserts in Alabama; and in 2019, the Alabama Retail Association named him the Bronze Alabama Retailer of the Year in the “Annual Sales $5 Million to $20 Million category.”
Wright’s Market has been an Alabama Retail Association member since 2006.
“Alabama Retail engages with our state leaders, stays out in front of legislation and makes sure what is proposed lines up with what the retailers of Alabama need,” Wright said.