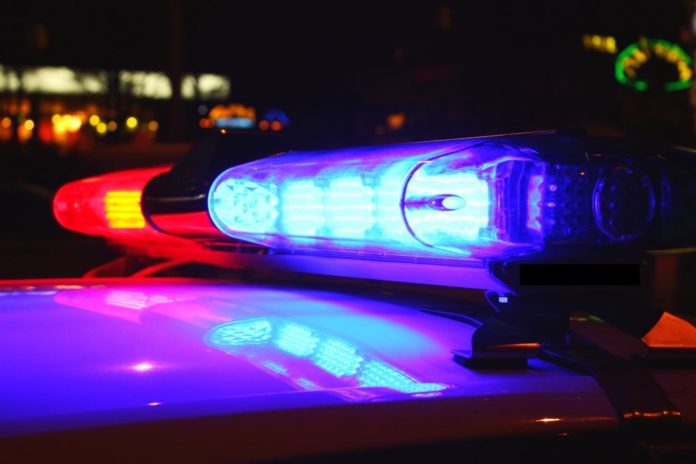 At 12:45 a.m. this morning, the Opelika Police Department received a complaint of a person impersonating a police officer.

The victim reported she was driving on North Uniroyal Road when she saw a white Dodge Charger behind her with blue strobe lights turn on.

Pulling her car to the side of the road, she said the suspect approached her vehicle.  He identified himself as a police officer and asked for her personal information.

After a few moments, the suspect told the victim to have a nice day and drove away.  He was last seen driving a white Dodge Charger on North Uniroyal Road towards Columbus Parkway.

The suspect, described as a white male, is approximately six-feet tall with a large, muscular build.  He was described as having short blond hair in a high-and-tight style haircut. He was last seen wearing a dark blue short-sleeve shirt and dark blue pants, wearing some type of badge, and was equipped with a firearm and pepper spray on his belt.

– Turn on your hazard lights and slow down to acknowledge that you see the police unit.

-Drive slowly to a well-lit, public place, such as an open business

– If it is an Opelika police officer stopping you, within a few minutes a second back-up unit will usually arrive at the scene

– Do not make any effort to flee from the unit at a high rate of speed.

We do have some unmarked units that occasionally stop vehicles.  These officers are aware of the safety tips and are expecting you to move to an open business.

OPD is advising anyone who may have seen or been contacted by this suspect to call their Investigative Services Division at (334) 705-5220.  You can also call our Secret Witness Hotline at (334) 745-8665, and remain anonymous if you choose.