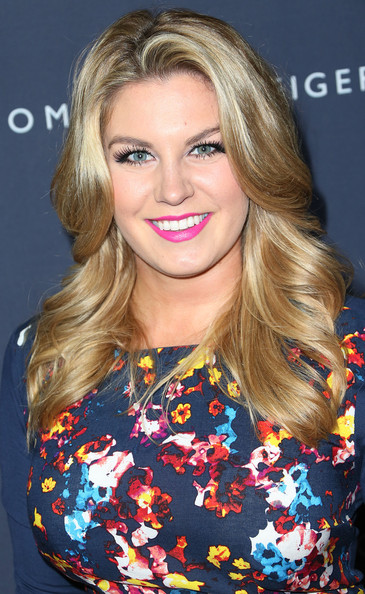 Opelika native and Miss America 2013 Mallory Hagan has been  promoted to WLTZ First News Evening Co-Anchor. WLTZ is the Columbus NBC-affiliated television station.
Hagan began co-anchoring WLTZ First News at 6 p.m., at 10 p.m. on The CW Ga-Bama and WLTZ First News Alabama at 11 p.m. (10 p.m. central) on April 26.  She joins News Anchor Don Hammond, Chief Meteorologist Matt Wintz, and Evening Sports Anchor Josh Pate for those newscasts.
“Mallory is an exceptional communicator and accomplished presenter,” said Gene Kirkconnell, WLTZ Director of News & Local Content. “We’re excited to have her add anchoring duties to her growing responsibilities on our team.”
Since Aug. 8, 2016, Hagan has served as a Morning News Live Reporter & Multimedia Journalist for the station. Mallory’s weekday morning reports highlight events and the great things about East Alabama and the Columbus, Georgia television viewing area.
“As Miss America, I met thousands of people across the country, and since joining WLTZ I’ve reconnected with folks I know here and made new friends in East Alabama and the Chattahoochee Valley,” Hagan said. “I’m excited to join Don, Matt and Josh on the evening newscasts and to share stories which matter to my family, friends, and everyone who watches us.”
“Mallory has been an excellent ambassador for our television station,” said Drew Rhodes, WLTZ General Manager. “It’s wonderful to see someone so accomplished return to her roots and grow in her role with our family here at WLTZ First News.”
Prior to joining WLTZ, Hagan lived in New York City and Los Angeles for eight years. As Miss America 2013, she traveled the country as a national spokesperson and champion of a variety of topics including child welfare, body positive, and female empowerment. She holds a Communications degree from The Fashion Institute of Technology in New York.
From a family of entrepreneurs, Mallory co-owns a personal branding company, DEFINE. Her mother owns Make Your Move Performing Arts Studio in Opelika.
Hagan made her debut on WLTZ as a guest on WLTZ’s “Dee Armstrong Show” after winning Miss New York, prior to being crowned Miss America.