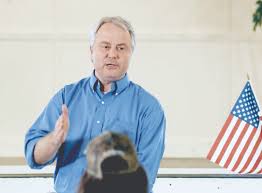 On Dec. 8, the Alabama Republican party decided to deny ballot access to Thomas Sick of DC Casson, seemingly ending his primary challenge to current 3rd District House Rep. Mike Rogers.
Casson, who appeared in front of a party committee prior to the decision, said his responses to the group’s complaints against him were ignored.
“The challenge letter stated things about my previous political activities that just weren’t true and that seemed to be the only factor they could cite to justify squashing a fellow citizen,” Casson said.
“The idea that I have ever been anything other than a true believer in conservatism is ridiculous. The party has chosen to welcome former Democrat politicians into their ranks through the years, from Richard Shelby to Bobby Bright, so what do they have to fear from a lifelong Republican like me? It makes you wonder,” Casson said. “The fact that the committee chose to protect an ineffective incumbent in this way shows they have forgotten the founding principles that made our country great.”
Adding to the rebuke, Casson has been informed that he will not be refunded the $3,480 filing fee he pledged in order for his name to appear on the ballot.
“It is a sad day for a party that should believe in smaller and more efficient government, rule of law and term limits,” Casson said.
Casson pledged not to give in to the pressure party officials have chosen to exert on him.
“Sick of DC is not a party, but it is a mindset,” Casson said. “The Republican party can only gain from the constitutional principles I’m talking about. I will not give up and that is a promise.”