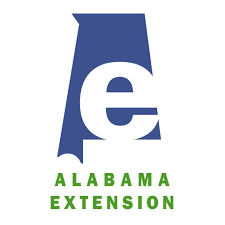 Social media platforms are lighting up about a recent Australian study on the possible antiviral effects that the drug ivermectin may have on the COVID-19 virus. However, there is little known about the affects this treatment could have.
Not Recommended for Humans
Soren Rodning, an Alabama Extension veterinarian, warns that people should not buy animal ivermectin products to self-medicate.
“There’s still a lot we don’t know about how effective a treatment of ivermectin really is for COVID-19 in humans,” said Rodning, who is also an Auburn University associate professor of animal sciences. “What we do know for certain is that animal formulations of ivermectin are NOT recommended for human use.”
Rodning said the Food and Drug Administration requires labels on animal ivermectin products warning people not to ingest it.
“The concentration of ivermectin in these products or some of the inactive ingredients used in animal formulations may not be safe for human use,” he said. “Specifically, these have not been proven safe for use by people through clinical drug trials. Bottom line—do notself-medicate with animal ivermectin products. I cannot emphasize this enough.”
Rodning said people commonly use ivermectin as an anti-parasitic treatment in cattle, swine, sheep, goats, horses and pets such as dogs and cats.
“Developed in the 1970s, the drug is also used to treat a variety of human parasitic diseases, especially in developing countries,” Rodning said. “For example, it is currently used to treat a parasitic disease caused by roundworms that affects an estimated 30 to 100 million people worldwide.”
In Vitro v. In Vivo
The Australian research circulating through social media conducted the study in vitro.
“In vitro means the research was performed outside of a living organism, such as in a petri dish,” Rodning said. “In vivo is conducted on a living organism, such as mice, rabbits, or people.”
Drug trials for infectious diseases typically begin in vitro. Compounds that demonstrate positive effects then progress to in vivo studies.
“One frustrating reality for researchers is that many drugs may show in vitro effects, but not show the same type of results once in vivo testing begins,” he said.
Ivermectin in recent years has shown to have antiviral activity against a broad range of viruses in vitro.
“Most notably, ivermectin has shown in vitro activity against Zika virus and dengue virus,” Rodning said. “But so far ivermectin has shown no antiviral effects against Zika virus in mice.”
Rodning said a human clinical trial in Thailand used the drug against the dengue virus, but it observed no clinical benefit in that research.
“There is reason to hope that ivermectin could prove useful against COVID-19, but much more research needs to be done,” Rodning said. “We are just not there yet.”
How to Fight
COVID-19
Rodning said the best defenses are the simple steps already in place:
-Practice good social distancing
-Wash hands frequently
-Keep hands away from face, especially nose and mouth
-Eat a healthy diet
-Get adequate rest
More Information
Alabama Extension has the content piece Ivermectin Unproven as Treatment for COVID-19 that goes into greater detail about this study. For more information on the coronavirus and how it affects you, visit www.alabamaready.info or the Alabama Extension website, www.aces.edu.