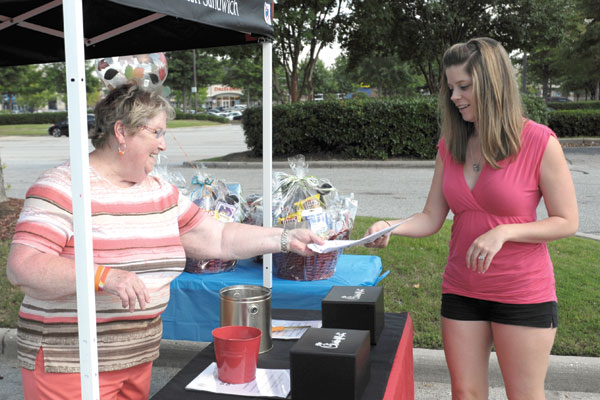 The first Tiger Town Scavenger Hunt was held Saturday Aug. 16. There were 32 retail stores, restaurants and hotels that participated in the event. A person had to pick up a Scavenger Hunt Contest Map at the National Bank of Commerce before 2 p.m. and go each store to get it validated by having the store manager initial the map. Once the map was completed, the participant had to drop it off at the Chick-Fil-A tent in front of Home Depot, where each participant received a coupon for a child size icedream from Chick-Fil-A, courtesy of Andrew Barnes. There were three children’s prizes and three adult prizes drawn for at the end of the day. The six winners were to be contacted by phone.