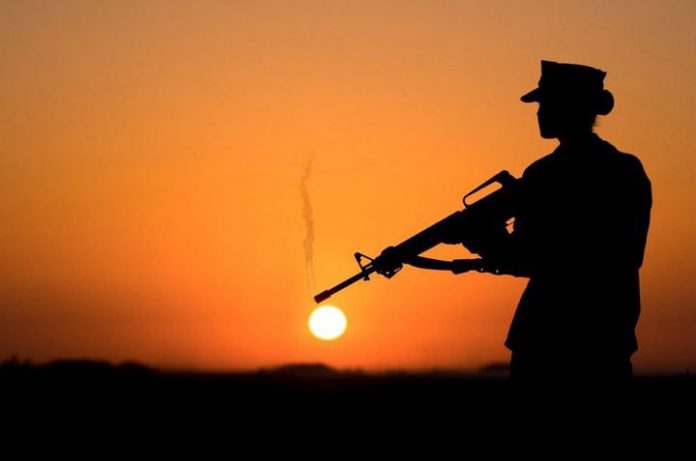 Not long ago some of our professional politicians began offering their opinions on whether or not women should be sent into a combat situation.
My opinion is this. If you are gonna have combat, I see no reason to keep women out.
Let me refer you to my niece Sarah – really a cousin, the daughter of my cousin Benny, but years ago I got tagged as “Uncle Hardy,” and I like it. She is a major in the United States Air Force and has done a tour in Iraq. Before that, she was also a competitive cheerleader. Recently, for fun, she and her sister Leanna, a former Mississippi State cheerleader and now in law enforcement, took part in a “Tough Mudder” competition that was billed as “Probably the Toughest Event on the Planet” (http://toughmudder.com/).
Looking at the pictures, I can believe it.
Lord help the enemy if those girls were sent into battle.
But long before my nieces convinced me that women could hold their own under combat situations, I witnessed something that made the point about as well as it could be made.
I was in high school. Back in the 50s.
The rumor was going around (as high school rumors do) that a boy I knew was dating two girls at the same time, a violation of the gentlemanly code young men of my class and circumstances were taught to obey, but a violation we guys admired since he was able to accomplish this without one knowing about the other.
For a while.
Then the girls discovered the duplicity and each vowed to their friends that they would get even with the other – then they would get even with the guy.
Let us pause here a moment to consider the context.
In rural counties like mine, children were identified through their families and the families, which often shared the same name without direct (or acknowledged) blood-kin would be identified by their accomplishments. So, for example, you might have the “preaching Jacksons” or the “fighting Jacksons” or the . . . you get the picture.
Well, these two girls came from families best known for confrontations with local law enforcement that left their clans with a record of misdemeanors and a reputation that would automatically put the two into the “bad girl” category.
(Let me hastily add that I knew nothing then, and know nothing now, that would suggest that they, personally, deserved such approbation though what follows suggests that the assessment might have been accurate.)
It was at PE that the reckoning came. We were all herded into the gym – I don’t recall why, maybe it was raining – but as anyone will tell you, large numbers of teenagers milling around in a confined space is never a good idea.
Then we heard the shout, a high shrill, banshee-like cry that chilled my blood. Out of a group of girls on one side of the basketball court the crier came, heaping verbal abuse on the object of her wrath.
That object immediately emerged from another group and began giving as good as she got.
I looked around for the boy who was the subject of this shouting match, but he was nowhere to be seen. (Someone told me later that he retreated into the boy’s locker room which, considering what he had done to cause what followed, was the first wise move he had made in the matter.)
Now I had been around fights before and in my experience, when there is a lot of talking and yelling there really is not much actual fighting. The combatants get it out of their systems, cooler heads intervene and prevail.
But, in this case, precedent did not matter.
Screaming shrill, profanity-filled epithets at the top of their lungs the two came to the center of what was now a circle of spectators and went at it.
Punches were thrown, there was hair pulling, scratching and wrestling. Down they went in a cloud of crinoline petticoats (remember, the 50s). Up they came for air and the fight continued.
No one intervened.
Not even the coaches who were present. They had been college linemen.
They had broken up fights before. But they held back. So did guys like myself. We just stood there, transfixed and not a little bit frightened.
It came to an end when the combatants wore out and other girls, their supporters, stepped in to call it a draw.
And from that day to this I have considered what an army of fighters such as those could accomplish.
The mind reels.
Harvey H. (Hardy) Jackson is Eminent Scholar in History at Jacksonville State University. He can be reached at hjackson@cableone.net.