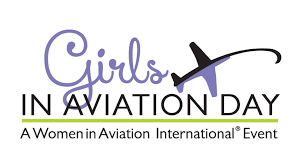 From Jacqueline Cochran and Bessie Coleman, to Amelia Earhart and Sally Ride, women have been making significant strides in the aviation and aerospace industries for more than 100 years.
These brave women which have broken into the aviation industry and made history with their accomplishments and breaking of stereotypes, will be honored internationally Oct. 13 with the fourth annual “Girls in Aviation Day.”
Though many know the story of Amelia Earhart, there have been other women who have accomplished firsts and historical feats in the world of aviation.
Coleman was inspired to fly by the heroic pilots of World War I, but was unfairly disqualified from attending pilot school in the United States because she was an African-American woman. Undeterred, she moved to France in 1920 to complete an advanced course in aviation and made a career in performing aerobatic shows.
During World War II, the Soviet Union’s 588th Regiment became known as “The Night Witches” for a group of Soviet women were organized to carry out a night-time bombing offensives against German invaders. These women fought nonstop for months at a time and partook in thousands of tactical bombing missions using outdated Polikarpov Po-2 biplanes.
Girls in Aviation Day is designed to introduce and educate girls from 8-17 years old on the various career choices and lifestyle possibilities offered by the aerospace and aviation industries. Both have been traditionally male-dominated fields, with just seven percent or less of the world’s pilots being female, according to statistics provided by the Federal Aviation Agency.
Last year, an estimated 9,700 girls participated in 74 separate Girls in Aviation Day events worldwide according to the Women in Aviation International website.
The local Girls in Aviation Day event on Oct. 6, is being hosted by the Women in Aviation’s War Eagle Chapter and sponsored in part by Chicken Salad Chick at the Auburn University Regional Airport.
There will be activity booths, static display aircraft and vendors from various aviation companies, and Girl Scouts will be able to earn the Aviation Fun Patch.
RSVP online at waiwareagle.org under the “Girls in Aviation Day” tab.