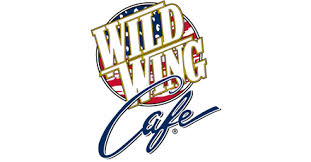 Wild Wing Cafe in Tiger Town held its grand opening event Oct. 6.
The crowd at the event was diverse. Groups of friends, families, college students, retirees, and hungry Opelika football fans filled the seats.
Dana Thomas, a one-man cover band, kicked off the evening. Covering hits from the 80‘s to present, Thomas said he was excited to be a part of the celebration.
“I’ve been performing for 15 years. It’s an honor to be the first act in a brand new restaurant,” Thomas said.
Later, guests filled out prize-entry cards, and drawings were held throughout the evening for prizes including tickets to Auburn football games, NASCAR race at Talladega, and concerts from country artists such as Garth Brooks, Sara Evans, The Eagles, and Willie Nelson.
At 9:30 p.m., the Auburn-based country act GP-38 took the stage. The band consists of Chris McDaniel on lead vocals/guitar, Gene Avery on guitar, Paul Formby on bass, and Jeff Stewart on drums.
Formby, a senior member of the band, said the group has gelled closer and closer during the years they have been together.
“It’s rare to find fellow musicians who mesh together, on- and off-stage, like we do. We’re a family,” Formby said.
During GP-38’s performance, the crowd sang along and engaged with the band.
McDaniel, a Muscle Shoals native, added that the crowd’s energy at the event was contagious.
“Taking requests from people is a great way to connect to your audience. I love that,” McDaniel said.
Be sure to check back with the restaurant for more prize drawings, as well as events including karaoke, bingo, trivia nights and live music from local artists.
Wild Wing is a spacious, family-friendly restaurant that features plenty of guest seating, a full bar, a live-music stage and a dance floor.
Their menu offers dishes with southwestern flavor, an assortment of wings which the chain is known for, and 30 beers on tap, among many other items.
For more information, call (334) 203-1693. The restaurant is located at 3040 Capps Way in Opelika.