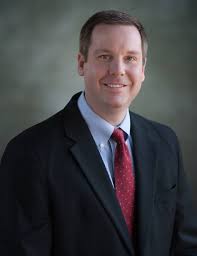 By Justin Smith
Special to the
Opelika Observer

It is being widely reported this year that taxpayers are seeing smaller refunds thus far as compared to last year’s tax filing season. I have seen this in my own practice as well, although it is certainly not true for all of my clients. The Internal Revenue Service is reporting that refunds are down by an average of 8 percent from last year.
The first response is often surprise, especially since the 2017 Tax Cuts & Jobs Act has been reported far and wide as a tax cut (which it is). When you think about it, a tax return (and associated refund) is nothing more than an annual reconciliation of all your taxable income and deductions, credits, taxes owed and paid, and a correction for the variance.
Most people receive tax refunds because payroll systems have historically been programmed to slightly over-withhold, and many taxpayers will intentionally elect to have more taxes withheld out of their paychecks than is strictly required. This creates a “forced savings” program that can only be withdrawn from annually. Why then are refunds smaller if you did not make any significant changes to your withholding elections?
Many payroll software providers, large and small, adjusted their withholdings tables in early 2018 so that taxpayers would see an immediate rise in their paychecks. Fewer taxes being withheld provides an immediate increase in take-home pay. However, the larger paychecks (while welcomed), mean that you had less tax withheld throughout the year, setting you up for a smaller refund.
With all that said, what I have noticed is that most taxpayers are seeing a material decrease in their actual tax liability. That is, the final tax (and effective tax rate) owed to the IRS is lower for 2018 when compared to 2017. Therefore, the tax cut has actually cut taxes, but you may not have noticed it during the year as the savings were spread out throughout the full year. A $2,000 reduction in your tax liability, when spread over the year, is worth nearly $167 per month, which is not as dramatic as the large cash deposit in the early spring after you file.
It’s best not to judge your taxes by your refund alone. Instead, figure your total tax as a percentage of your total income (effective tax rate), and compare it against last year. That’s a better comparison, and hopefully you will find that your tax has indeed been reduced.
What I am seeing so far is that most clients have growing income and either a similar amount of tax when compared to last year, or slightly less. I have had a number of conversations this year to discuss the practical implications of smaller tax refunds and how to handle 2019. Whether you prefer a large cash refund at the end of the year or smaller increases in your paycheck throughout the full year, it’s important to keep in mind that the overall objective is to reduce your tax liability. The Tax Cuts & Jobs Act has done that.
Justin Smith is a licensed Certified Public Accountant in Opelika, specializing in individual and small business tax and accounting. He can be contacted at 251-209-2579 or Justin@JSmithCPA.net. His website is www.jsmithcpa.net.