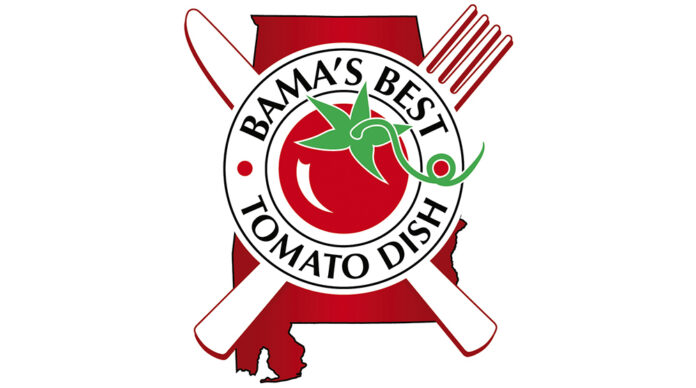 Whether they’re fried green, baked in a pie or blended into a smooth, savory soup, tomatoes star in countless tasty dishes. But the question remains — where can you find the best tomato dish served in the state of Alabama?

Sweet Grown Alabama is officially launching the search for Bama’s Best Tomato Dish along with the Alabama Farmers Federation and its television show, “Simply Southern TV.”

Nominations will be accepted May 2 through 18 through the groups’ Facebook pages. To make a nomination:

After May 18, the competition gets saucy. The eight businesses with the most nominations will be deemed the Edible Eight. From May 23 through 26, daily head-to-head matchups will be posted on Sweet Grown Alabama’s Facebook page and Instagram stories. Businesses that win their matchup will make it to the next round — the Flavorful Four.

In June, a panel of judges will visit each of the Flavorful Four to taste-test nominated dishes and select a winner. Along with all-important bragging rights, the overall winner will receive a plaque, cash prize and feature in Neighbors magazine and on Simply Southern TV.

Note: Bama’s Best Tomato Dish seeks to promote Alabama-based restaurants, food trucks and professional cooks. National chains will not be eligible. However, a specific location of an Alabama-based chain will be eligible to compete.

   May 23 through 26 – Daily head-to-head matchups for the Edible Eight at Facebook.com/SweetGrownAlabama

Sweet Grown Alabama is a non-profit foundation that enhances marketing opportunities for Alabama farmers by connecting retailers and consumers to Alabama-grown foods and other agricultural products. Learn more at SweetGrownAlabama.org.

The Alabama Farmers Federation is the state’s largest farm organization with more than 340,000 member families. For more information, visit AlfaFarmers.org.

Simply Southern TV is a production of the Alabama Farmers Federation with major support from Alabama Farmers Cooperative. For more information, visit SimplySouthernTV.net.

   Fruit or vegetable? Scientifically, tomatoes are a fruit. However, nutritionists categorize tomatoes as a vegetable.

   California ranks No. 1 in the U.S. for tomato production, followed by Florida, Indiana and Michigan.

   Tomatoes are native to South America. They spread to other parts of the world following the Spanish colonization of the Americas.