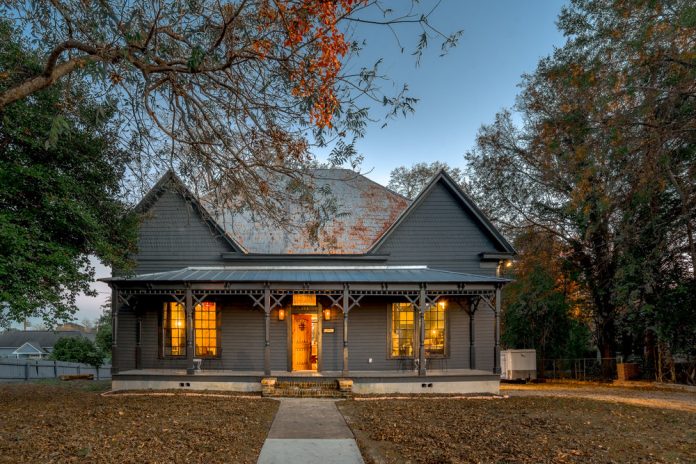 On Nov. 22, the band Where Y’at, led by tuba player Stephen Kunzer, will perform a ticketed concert at The Sound Wall, which is located at 605 Ave. B in Opelika. Doors open at 6:30 p.m. followed by the show at 7 p.m.
This is a bring-your-own-beer event. Tickets can be purchased online for $20 at thesoundwallopelika.com with a $2.85 processing fee.
Band leader Stephen Kunzer says his group’s music calls forth styles of traditional New Orleans jazz bands and draws from influences like spirituals, blues, ragtime, funk, R&B and soul. Most of the music on Friday’s concert will be pop tunes from the 1920s and 30s played in a traditional New Orleans jazz style, often called “trad jazz.”
The show will include songs like “Sweet Georgia Brown,” “When You’re Smiling,” “Just a Closer Walk with Thee,” “All of Me” and “Dinah.”
In addition to pop tunes, Kunzer said a lot of traditional New Orleans music comes from seedier origins. In New Orleans there was a tradition called second line where bars and brothels would hire brass bands to march through the streets. People would follow the bands to the places of business. “The band would go in the front door and out the back,” he said.
Kunzer is a lecturer of music at Auburn University. As an undergrad at the University of Arizona, he attended a masterclass with bassist Ben Jaffe, whose father Allan Jaffe founded the New Orleans Preservation Hall band.
Kunzer said Jaffe was emphatic that the traditional music of New Orleans not be called Dixieland. The seasoned bassist considered Dixieland to be the racist version of the music of his heritage and that those bands took what was happening in New Orleans and packaged it for profit.
“It was much more formalized and arranged than the raw stuff they were doing in New Orleans,” Kunzer said. “The origin of it was people just getting together playing music,” he said, adding that this more spontaneous spirit is the direction he’s trying to go with Where Y’at.
Though classically trained as a tubist, Kunzer said he was inspired to play jazz by his teachers, Kelly Thomas and later, Sam Pilafian. They encouraged him that the tuba was used in the very beginning when jazz was formed in the early 20th century. “You gotta get back to your roots,” Kunzer said.
Pilafian was a particular influence on Kunzer.
“If there was like a Mount Rushmore of tuba players, he was front and center on it,” Kunzer said. in 1991, Pilafian released a duo CD called “Travelin’ Light” which Kunzer said inspired him to start his first trad band, the Olive Street Stompers.
On stage will be founder Stephen Kunzer on tuba with Matt Wood on trombone and Patrick McCurry on saxophone, xAndy Martin on drums, Marie Robertson on vocals and Patrick Bruce on guitar.
Kunzer lists his roles as solo artist, chamber musician, educator, clinician, freelance musician and orchestral musician. He previously served on the faculty at the University of Nevada-Las Vegas and Oklahoma State University.
Kunzer has performed with orchestras and other large groups as well as the acclaimed Dallas Brass Quintet, and is an International Artist and Clinician for Eastman Music Company.
The Sound Wall is a full-service recording studio and music venue located in downtown Opelika. Owners Rob and Jen Slocumb double as the internationally known folk/rock duo, Martha’s Trouble.
“We’ve created a true listening-room experience for our shows,” Rob said. Most of the venue’s programming includes touring singer-songwriters as well as supper club events.
He says the idea for a jazz series came from clubs like Snug Harbor in New Orleans and the Village Vanguard in New York City where the music takes center stage. “It’s that sweet spot between concert hall and social club.”
On Wednesday at 7 p.m., The Sound Wall is presenting Opelika Songwriters Night at John Emerald Distillery. On Thursday, touring and acclaimed performing artist SZLACHETKA with Nashville singer-songwriter Sarah Aili will perform at The Sound Wall.
Those interested can find more information online at thesoundwallopelika.com or call 334-575-3477.