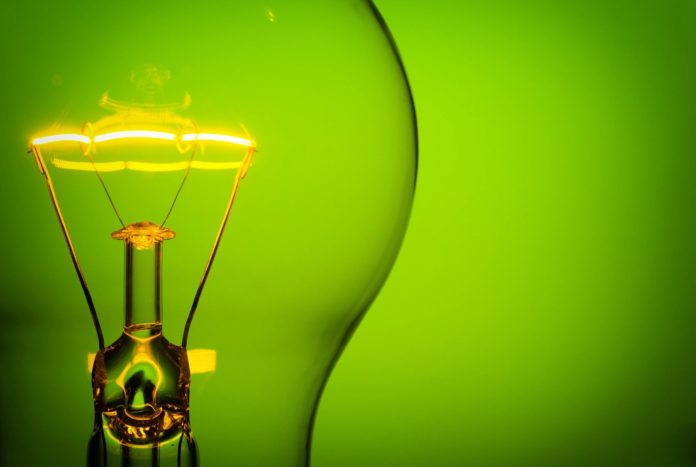 Last week we were talking about how it was before Reddy Kilowatt came into our lives. But he did come, eventually, even to our neck of the woods. Some wheels at Alabama Power apparently set up this huge dart board shaped like the state of Alabama and said they’d throw a dart and wherever it hit they’d string some power lines. I don’t know if that’s the exact method they used or not, but anyway, while Momma was expecting Jack, they ran a line up our little road, and one day after Jack was born, they switched on the juice.
We were ready. The house was already wired and waiting. We had one bulb in each room. Such blinding light! We were careful not to over-use them, and they were never to be burned in the daytime, no matter how dark and cloudy it might be.
Pretty soon Daddy came in with a used radio and we got all that hooked up and playable. Then, in an involved car-trading deal, here he came one night with a used Kelvinator frigidaire, as we called it, till Uncle Kelley raved and fumed and raved and fumed and said no dammit, it was a refrigerator, not a Frigidaire, that Frigidaire, dammit, was a brand name, not the noun to be used for an electric ice box: and since he’d been to Chicago and knew about such worldly things, we took his word for it. It made the cutest little ice cubes, one whole tray at a time. And if I thought Kelley wasn’t around anywhere I’d still sneakily say “Frigidaire, Frigidaire, Frigidaire,” just for meanness sometimes.
Then the first thing you know, Momma had an electric iron – she didn’t have to put the old ones on the stove to get them hot any more – and an electric churn. She still had to turn the churn on in front of the fire to warm the milk, but she didn’t have to do all that sloshing up and down by hand anymore.
So, we took to this new-fangled modern living right handily. By the time our kinfolks up the road got on REA nine or 10 years later we were blase veterans. Sometimes, we’d even, casually, turn on a 60-watt bulb by 4 or 4:30 on a winter evening. We looked on our kinfolks’ enthusiasm when they finally got power with amused condescension.
Grandma Boman was pretty old by the time they went electric, and she never did exactly trust this new stuff. It would have been perfectly alright with her to just leave it off, pass it by, go on and hook on at Uncle Jeff’s, but she reluctantly allowed them to sign her up, kind of with a “Ah me, go ahead and get it over with” attitude.
But she didn’t really trust it. She and Grandpa got or were given a radio, but they never ran it over 10 or 15 minutes at a time, afraid it would get too hot or burn too much electricity or something. They never ran it enough to be what you’d call real fans of any program. And the refrigerator was,. oh, all right, although she’d gotten along quite well without it, thank you. She’d had it probably a year or more before her kids finally convinced her that she really shouldn’t cut it off every night to save electricity.
Cousin Otis Chandler got him a new refrigerator. It came on the Frisco to the closest railroad station, and he went in his wagon, – a good all-day round trip – and hauled it back and plugged her up.
Daddy happened to stop by their house a few nights later and they were pretty ecstatic about their new appliance, except cousin Annie said it did seem to make a good deal of noise when it was running, and that it vibrated and danced around the floor a lot. In fact, she said that if they wanted to get something out of it while it was running, she had to get Otis to kind of tackle the thing and hold it with a hammerlock whilst she got the food or ice cubes out of it. She said all that dancing around the kitchen was a little scary at first, but that they’d learned to sidestep and dodge it almost instintively, without even thinking about it.
Well, Daddy got to looking around on the thing, while it was off, and discovered they hadn’t removed the crating from around the motor. The springs and shock absorbers couldn’t spring and absorb the shock. He removed all that and the next time it came on, they couldn’t believe it was really running. “It’s so quiet,” they said in awe.
A few weeks later Daddy was by there again and asked them about their refrigerator. “Oh, it’s running just fine,” cousin Annie said. “But somehow, some of the adventure is gone.” The new had worn off. Rural electrification was here to stay.
Bob Sanders is a retired local radio personality, as well as a columnist, author and raconteur of note. He can be reached at bobbypsanders@gmail.com.