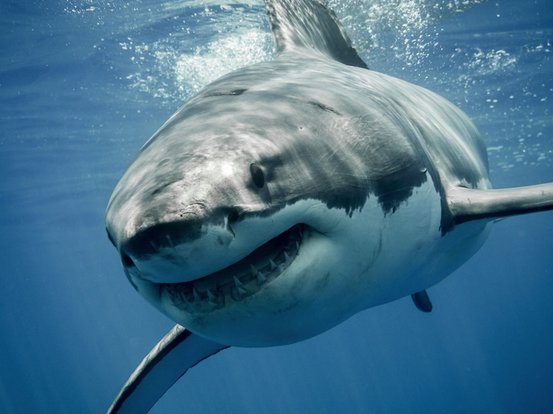 Earlier this summer I was standing in waist deep warm Gulf water, June weed gone and it was so clear I could count my toes, when this big guy wades out to me and asks, “Ever see any sharks?”
Now there is a certain beach protocol that says that grown men don’t just wade out to other grown men in waist deep water unless they know each other, even if it is to talk about fish, but I could see from his pale skin that he had just arrived, so he probably hadn’t read the handbook. Then, noticing children standing on the beach watching him, I quickly deduced that he was a daddy out to make sure the water was safe before he sent in the kids.
Reasonable.
And since I was in the water he came out to ask.
Now I could have told him, “yes, I have been up on the top floor of high-rise condos and seen sharks lined up like cordwood, 500 yards out, just beyond the second sandbar,” which would have sent him and his kiddies scampering back to the motel pool and I would have been to blame for them missing the whole reason from coming to Gulf, which is, of course, the Gulf,
Or I could have told him, “yes, I’ve seen a few, but the ones that come in close are usually small nurse sharks trying to travel from point A to point B, so just get out of their way. Besides, they only feed at sunset so if you don’t go in the water when it is getting dark you will be OK.”
Only I wouldn’t stop there. No, I’d add, “but just to be safe, leave your shiny jewelry on the beach” and he would go back and tell his waiting family to get rid of their jewelry and not stray beyond the breakers – which judging from all their floats and fol-de-rol was where they ought to stay anyway.
Or I could have told him that, “yes, they are around, but at the beach you stand a better chance of being killed by a falling vending machine than by a shark.”
I kid you not. A while back someone got bored, calculated, and discovered that all along America’s lengthy coast (counting Hawaii) the score was sharks 10, vending machines 13.
But the guy who waded out looked like he might be in the vending machine business back home, and I sure didn’t want him to think that I was going around spreading stories about the dangers associated with his line of work, so I didn’t.
However, I would have considered it my Christian duty to add that if he and the family did decide to go in the water, they stood a better chance of getting shark-bit in Florida, where we were, than in any other state with a coastline. (A man needs all the facts to make an informed decision, don’t cha think?)
And finally, just to give him one more thing to consider, I could have added that despite what he might have seen on the Discovery Channel, the biggest danger right then and there was not sharks but the smack of jellyfish that had washed in close to shore to sting families like his. Only then I would have had to explain that a smack is what jellyfish travel in, like whales in a pod, herring in a siege, mullet in a school, and I figured that was more information than he wanted or needed, and he would probably think I was just showing off, which I would have been.
So I let that one slide.
Then I noticed that his little kids had been joined by some older kids — teenage boys — plus some young men in their 20s. A smack, pod, siege, school, cluster of them. Not looking at the water but at the lovely, half-clad, girls strolling by.
And I thought, maybe I should suggest that there was more to fear back on the beach and tell him about a recent study that proved conclusively that the cognitive skills of men diminish when they are confronted by an attractive woman in a small bikini.
(Wonder if I could get a grant to study that sorta thing?)
Which may explain those falling vending devices — “Vern, look at that honey in the red thong. Think toppling this coke machine will get her attention?”
So, I did what any man standing in waist deep water would do if some pale guy he did not know waded out and asked “ever see any sharks?”
I told him “no.”
That was on a Friday.
Early Monday morning, before many were stirring, I went out, stood on the dune walkover, looked down at the water and there was a shark. About 5 feet long. It swam about a bit and was gone.
Then I looked for the guy, but he was nowhere to be seen.
Hope a shark didn’t get him.
Or a vending machine.
Harvey H. (“Hardy”) Jackson is Professor Emeritus of History at Jacksonville State University. He can be reached at hjackson@cableone.net.