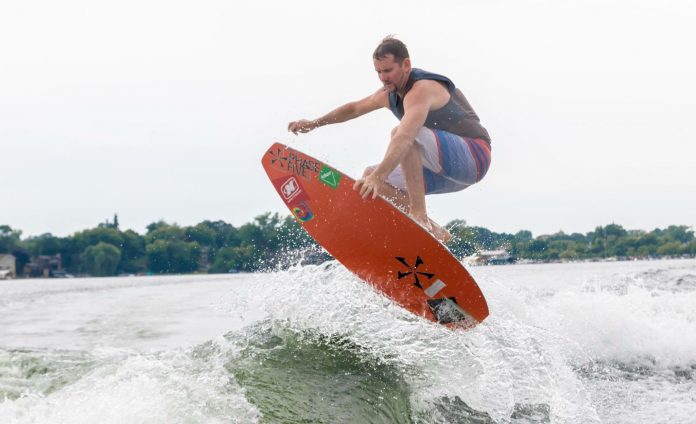 Providing America’s military heroes with a chance to learn a new sport and spend quality, bonding time with fellow veterans and mentors is the goal of the Waleska, Georgia-based nonprofit organization “Wake for Warriors.”
Founded in 2011 by former Marine Dave Deep, the idea behind Wake for Warriors came from a chance meeting with a double-amputee Marine who was looking for a new hobby.
“I’ve always enjoyed water sports and being behind a boat … and I thought, ‘why not pass the joy that this brings along to people like him? I asked him to help us and he came over to my house (on Lake Arrowhead) one weekend and tried it out,” Deep said. “It ended up going well and that’s essentially how we got started.”
As Wake for Warrior’s programs grew and developed, Deep said participants grew to include veterans whose scars were on the inside instead of outside.
“We serve injured and sick veterans, from PTSD to amputee and everything between as I like to say. For those with limbs missing (or lack of mobility), we have chairs and wheelchairs that we can attach to a wake or surfboard,” Deep said. “And for those with internal injuries or scarring, it may take a little time to get used to it, but eventually that light will come on and they start to believe in themselves and think, ‘this is cool,’ and want to keep doing it.”
Staging events locally at Lake Harding and other locations across the Southeast in the beginning, word-of-mouth has spread the organization’s name to places like Washington State, which held an official Wake for Warriors event earlier this year.
As Deep has come to discover, the multiple-day events not only provide veterans opportunities to acquire a new hobby or talent, but often a new lease on life and escape from the doldrums of everyday, post-military life.
“I quickly realized that the point of this was building strong, lasting relationships than it was learning a new sport, which is really just a bonus part of it. In a nutshell, it’s just a way for them to enjoy the outdoors and be able to bond and spend time together,” Deep said.
Expansion looms in the organization’s future, as Deep said planning is in the works for new chapters across the country. Currently operated by an all-volunteer staff, adding full-time administrators and employees will also be a part of Wake for Warriors’ next chapter.
“The growth has just really surprised me. It’s hard to explain it in elevator speech, ‘oh, we just take guys out on the boat or its a water sports program for injured military veterans,’” Deep said. “But they don’t get to see what happens unless they see it first hand. And once that does happen, they want to get involved and be a part of it.”
Interested veterans can fill out application forms available on the organization’s website, www.wakeforwarriors.org. There, visitors can also donate, read more about its programs, sign up to volunteer and view a full calendar of events.