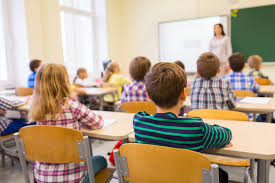 Some of us were standing around the other night when this fellow ( we’ll call him John ), who has been in this part of the country for several years now, but who is of Yankee stock and still hasn’t completely overcome the disadvantages of his youth, started talking about this little garden plow he had just bought.
It is one of the simple push-type garden plows, with a wheel, handles and a heel for attaching various kinds of plows. He informed us that he had purchased several different “blades” to go with his new implement.
“Blades?” a friend of decent southern upbringing asked. “Blades?!” And the word spread around, and pretty soon, all of the good ole boys in the group, all of us basic redneck types who grew up with Georgia stocks and mules, were in various stages of falling-down laughter. “Blades,” indeed.
And the first thing we know, all of us GOBs were rambling on, as GOBs will, at a moments notice, about how it used to be, and about the different usages of words in different areas. And that brought to mind an article I had seen a few days earlier about a government project, costing, no doubt, tens of thousands of dollars, designed to discover some of those regional names of things. The example they used was a “darning needle” to designate a dragonfly. I reckon what they were talking about was a snake doctor. That’s what we called them. I had innocently thought everybody did.
Also, in Lamar County, a bass was a trout. Cousin Bailey fished for them with live minnows. He’d sneak off into the almost impassable wilderness of bushes and briars upstream from the bridge near his house with a bucketful of silversides and a cane pole to a little pool he knew about and come back with a nice mess of pound or pound-and-a-half-size trout.
Uncle Kent, disdaining  such unsportsmanlike methods, would get his stubby little rod and his Pflueger Akron reel and get e Dingbat on the line and fight his way into the creek behind the old Bickerstaff place and fish on down to the next bridge; and if he didn’t get scared off by water moccasins or get the Dingbat hung in his nose, he’d usually emerge from thr tangle with  two or three nice little “trout.”
Most pan fish were perch, “Bluegill” and “Shellcracker” were names that became common later, but back then they were just perch; except crappie, which were white perch. Cousin Walter Chandler was the only person in our community who ever caught any white perch. He had some certain place over on Yellow creek — nobody else ever knew exactly where — that he’d go to at a certain time of the year with the appropriate size minnows, and he’d come out of the bottom with a bunch of them.
And somebody mentioned goggle-eyes. And somebody else asked what in the world was a goggle-eye, and the conversation had to come to a screeching halt while it was explained to him thet, my goodness, a goggle-eye was the same thing as a stump-knocker, didn’t he know nothin’? And that, as best we could figure out, was the same, approximately, as what the books call a rock bass.
Eels were eels and suckers were suckers and catfish were catfish and grinnels were, well, grinnels, not bowfins or mudfish or any other exotic names, just grinnels. They were said to be okay to eat if you cooked ‘em right quick and ate ‘em while they were hot; but if you didn’t hurry to the table, those nice hunks of meat soon became about as delectable as cotton bolls fortified with sawdust. We always gave them away.
And a paper sack was a poke. The kitchen was the cook room. Ice cream was (and is), for some unaccountable reason, just “cream.” “You want some cream on that hot apple pie?” Say yes, because they’re talking about ICE cream.
Understand, we’re not talking about pronunciations at this point, but of basic meanings of words. Everybody knows that tires were “tars” and fires were “fars” and things were “thangs” and think was “thank”and ought was “ort.” This is different, the actual meanings.
In the case of the plow, for example, getting back to that, I have actually heard it said that in some backward parts of the state farmers called the narrow lead plow (blade, John) that you heel-bolted onto a Georgia stock in front of the sweep a “scooter.” Can you imagine such a thing? everybody knows it’s a bull-tongue. Sheee! Other ignorant types called a Gee Whiz (originally a brand name, I suppose) just a scratcher. Poor things.
Anyway, we stood and meditated about these things as we attempted some remedial education on our carpetbagger friend. You could tell he was impressed as we straightened him out on a few of the basic essentials of southern living, so to speak — about drawing water and bringing in sto’wood and slopping and feeding and milking and gathering eggs and building terraces, etc. As soon as he masters English, we’ll pursue these things further. But for right now, John, get the “blades” on your garden plow and get out amongst the butterbeans.