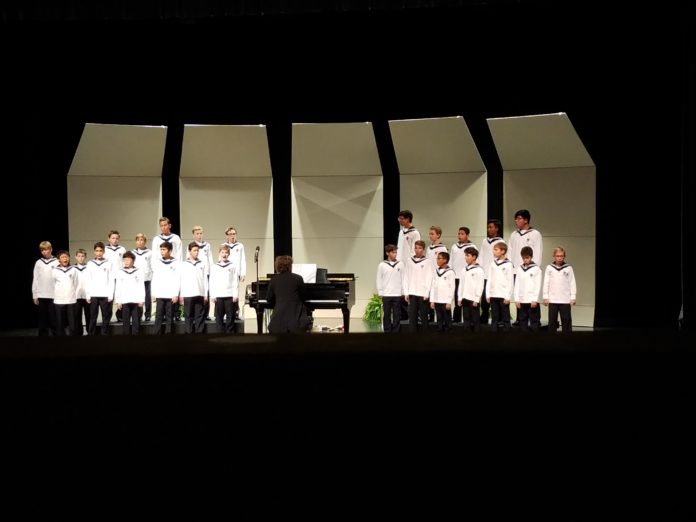 The Vienna Boys Choir sang their way into the hearts of the audience at the Opelika Center for the Performing Arts Thursday night. The 25-member ensemble consisted of boys ranging from 10 -14 years old performing in front of a full house as a part of their 11-week, 48-show United States tour. The choir traces its beginnings back to the 13th century, but was officially established in 1498 at the Imperial Chapel in Vienna. The group that performed in Opelika is one of four touring ensembles and is compromised of singers from around the world.  Event attendee Wendy Hodge said she was awestruck by the group’s talent. “I’ve never heard anything more angelic. How fortunate we are as a community to have such a variety of performing arts to enjoy,” Hodge said.