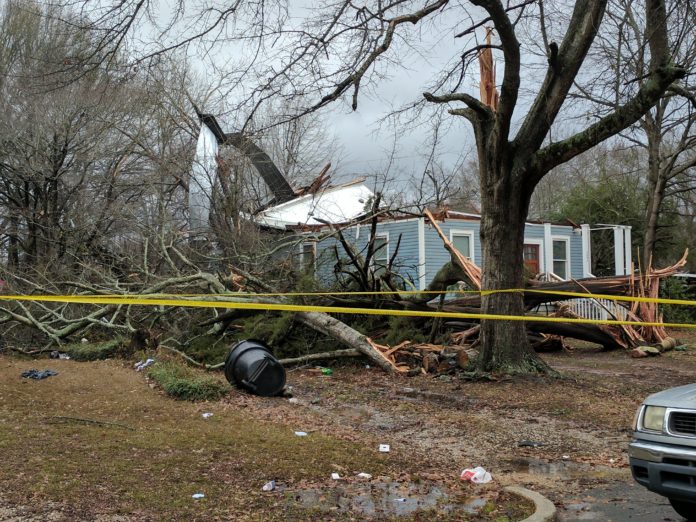 The National Weather Service issued their second tornado warning of the weekend for Lee County Sunday afternoon. At 1:48 p.m., a warning was issued in Auburn and shortly after in Opelika. The radar indicated the tornado was near EAMC. Damage reports flowed in from Pepperell Village. The National Weather service confirmed the damage was caused by a tornado on Monday.

Opelika Police and fire Departments, Alagasco and OPS are on scene in the neighborhood, as streets are blocked with downed trees. Derek Lee, Director of Opelika Power Services reported that 1,600 customers were without power after the storm. Power was restored to all but 10 customers by 5 pm Sunday, and all customers had power restored by Monday morning. Alagasco told the Observer gas service was cut to one home in the neighborhood. No injuries have been reported as of yet.

Damage in Pepperell Village
1 of 17

The weekend of storms resulted in multiple watches and warnings issued for Lee County and the southern half of Alabama. Severe storms wrecked havoc on areas south of Opelika and damage reports, including injuries and deaths, are still being reported.