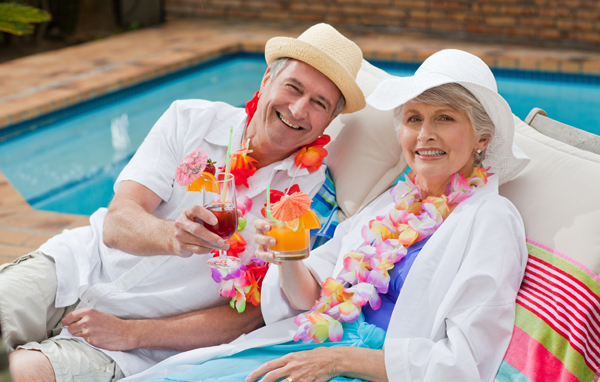 Down on the coast, locals are getting ready for the Spring Break invasion.
Which means Snowbird season is almost over.
“Snowbirds” – a name that was once spoken in derision that has now become a term of endearment — at least among coastal Chambers of Commerce and Tourist Development Councils.
Snowbirds are the consequence of a carefully crafted promotional campaign aimed at middle-class retirees from the Midwest who could close up their G.I. Bill-bought and union wage paid-for homes when the snow began to fall and come South for the winter.
Not way South – like Miami or Fort Lauderdale – but sorta South, like Orange Beach or Panama City. Let the top 2 percent go to those balmy resorts. They can afford to winter in Boca. For those less affluent but comfortable, those whose kids were grown and gone, those who just wanted winter a little warmer and a lot cheaper, Alabama’s coast and the Florida Panhandle beckoned. And they came.
A trickle at first, then a steady stream, and by the 1970s motel owners who normally closed during the winter began staying open to accommodate the visitors. And accommodating the visitors became an obsession.
Local Chambers of Commerce turned local public buildings into “Snowbird Welcome Centers,” where the newly arrived could register by state so they could find folks from “back home” to hang out with. Soon Michigan Clubs, Indiana Clubs, even Chicago Clubs were created. Then came the bridge tournaments, bingo nights, dances and such, for these were active people who were not here just to sit in the sun.
Visitors were also encouraged to mingle with the residents. Churches invited them in. Local eateries advertised “early bird specials” which appealed to those worn out from the day’s doings. The Flora-Bama even got into the mix by hosting a Wednesday night pot-luck supper.
Yet, like so many things planned and carried out by Tourist Development Councils and coastal Chambers of Commerce, not everyone was happy with the results.
But they should not have been surprised.
People who are attracted to an area because it is cheap are not inclined to spend much, so the economic benefit was never what coastal businesses hoped. Canadians, who joined the migration, were especially frugal and the running joke was that “a Canadian comes down with double knit shirt and a $100 bill and doesn’t change either.”
And people who come down from a different part of the country are, well, different.
Residents complained that the visitors were rude, pushy, and above all, “Yankee.” Finding themselves in an unfamiliar environment they drove at a snail’s pace and clogged up the streets. They could not understand local accents and slowed the lines at the grocery store and pharmacy. And they were always telling locals that they knew a better way to do anything that a southerner was trying to do.
As a result, a local beach musician made good money selling bumper stickers that read, “If this is Snowbird Season, why can’t we shoot ‘em.”
Local frustration boiled over in the spring of 1997, when flyers appeared on the windows of cars with out-of-state tags that were parked at Orange Beach and Gulf Shores shopping centers. Put there by a group calling itself the “Coalition of Permanent Residents,” the bulletins announced that their organization would seek to pass a twenty-dollar monthly “vexation tax” that would be levied on every Snowbird that came down to the coast, a fee to compensate for “the mental anguish and frustrations encountered every day by permanent residents (trying) to get to their appointed rounds.”
Tourist Development officials and coastal Chambers of Commerce were horrified and began a campaign to assure visitors that no such levy was even being considered. However, the point was not lost on the Snowbirds, who let it be known that if they were not welcome on the Alabama coast, there were other places they could go.
On the other hand, some thought the whole thing was silly and one wrote that he was not worried about “what one fool with a typewriter and a somewhat poor grasp of grammar says.”
Ironically, the whole thing might have worked to the Snowbirds’ advantage because coastal promoters doubled their efforts to make the visitors happy and instead of driving off the offenders from the North, the effect was just the opposite.
So, if you are planning to come to the coast during winter months be warned – you will have company. But be patient. When the ice melts in Minnesota, the Snowbirds will head home.
Then the college kids will arrive for Spring Break.
Don’t say I didn’t warn you.
Harvey H. (“Hardy”) Jackson is Professor Emeritus of History at Jacksonville State University. He can be reached at hjackson@cableone.net.