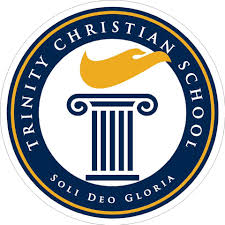 By Jason Scott
Special to the
Opelika Observer

On Jan. 13, Trinity Christian School faced off against Central Christian in Sharpsburg, Georgia, falling 73-38. The much quicker Crusaders kept a slight lead the entire game, but the Eagles were able to stay within striking distance. Central’s bench was just too much for Trinity and were able separate from Coach Richard Oliver’s Eagles in the middle of the fourth quarter.
With Clay Odom being out with a knee injury, Trinity had to lean on its bench. Lane Starling went 2-for-3 at the three-point line and hit 71% of his free throws to finish with 11 points for the game. Jackson Washburn had seven points while Daniel Adams added six points. After having to move away from the glass because of the absence of Odom, Jaxxon Scott had 14 points for the night with only seven rebounds.
Two days later, Trinity headed to Montgomery to face the Ezekiel Knights in another non-region slugfest. With a very deep bench, Ezekiel pulled to an early lead, but Oliver’s Eagles were able to square the circle and went into halftime down by one point at the buzzer. Trinity was able to keep up with the Knights up and down the court but were unable to dominate the paint because of Ezekiel’s height advantage. The game went back and forth, never getting more than six points away from either team.
Trinity would not be able to keep up with the powerful bench the whole game, however. In the last three minutes of the game, Trinity pulled ahead again, making it 52-48. With a couple of critical three pointers for the Knights and even more critical turnovers for the Eagles, Coach Oliver could feel the game getting away from him and had to foul to try to regain possession. Ezekiel nailed their free throws and pulled away with a 67-59 victory.
Scott had a great game, scoring 24 points, 18 rebounds and 4 assists. Starling was 4-for-6 behind the arch, ending the game with 15 points. Jackson Washburn added 10 points and Adams had 9 points with Adams and Washburn both pulling down 7 boards each.
Trinity Christian School clinched the GAPPS Division 1A Region 2B Championship last Thursday, defeating their in-town rival The Oaks School 74-58. Coach Oliver and his Eagles were eager to play at home after two tough road losses. And the Trinity home crowd did not disappoint as the “6th man” for the Eagles came ready to play as well.
Seniors Scott and Starling stole the show in the first half, breaking down the Oaks defense again and again. Scott had 27 points, 15 rebounds and 2 blocks for the game. Starling blasted the Oaks at the arch with 18 points and 9 assists.
Coming in hot after halftime, Daniel Adams scored an unstoppable 8 points in a row taking the ball to the hole from the weak corner. Adams had 19 points for the game and 4 tips. Ben Livingston hit two critical three pointers, ending the game with eight points. Washburn had a hard time sinking the finding the net, going 2-for-9 shooting but dominated the paint with 13 rebounds and 7 assists. It was a team effort, and that included the Trinity faithful in the stands.
Trinity’s next game is Jan. 21 at The Campus in Peachtree City.