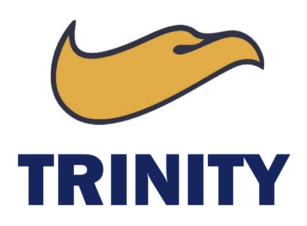 It was the third game that the Varsity Boy Eagles have played, taking their record to 0-3.

The Eagles fell behind early in the game as Lafayette Academy outscored them 20-9 in the first quarter. It was a valiant effort in the next two quarters and Trinity managed to cut the lead to six. But the fourth quarter went Lafayette Academy’s way as they handed Trinity its third straight loss to start the season.

The Eagles were led by Brandon Riddle, who went 8-of-14 on field goals, and 3-of-7 on three pointers, finishing with 20 points and two rebounds. Jackson Washburn was feeling it on offense, going 5-of-6 from the field for 10 points. Lewis Reeves, Daniel Adams and James Middleton rounded out the scoring for Trinity with 9, 5 and 3 points.

Trinity lost their season opener to Ezekiel Academy, 69-36, according to MaxPreps. Ezekiel jumped out to a 18-5 first quarter lead but Trinity battled back with 15 points in the second quarter. The game was officially put out of reach in the third where Ezekiel were outscored Trinity 23-8. The Eagles played their second opponent, LaGrange Academy, much closer. Trinity outscored LaGrange in both the first and fourth quarters. However, a 17-10 second quarter and 15-9 third quarter, both in favor of LaGrange, would be too much for Trinity to overcome as they lost 51-43.

According to the school’s online schedule, Trinity played a game Tuesday night against Evangel. The results were not available at press.