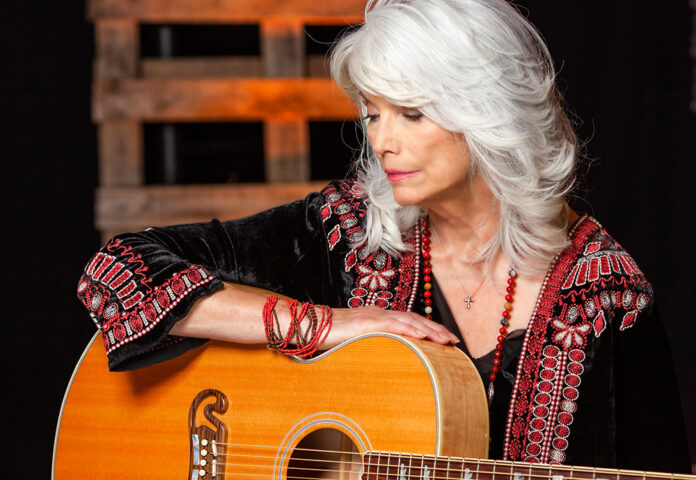 Get ready, concert fans, as live music returns to Sweetland Amphitheatre in 2021. Located in the heart of historic downtown LaGrange in Boyd Park, the popular open-air concert venue will host a full concert schedule in 2021. The season kicks off Friday, July 16, with Travis Tritt and continues on Saturday, July 24, as Emmylou Harris takes the stage. Both of these concerts are rescheduled dates from the 2020 concert season, which were postponed due to the COVID-19 global health pandemic. Tickets for both concerts go on sale Friday, May 14 at  10 a.m. Additional shows for the 2021 season will be announced.

Three decades after Travis Tritt launched his music career, the Southern rock-influenced artist continues to sell out shows and stays true and relevant to country music fans across the globe. The highly abbreviated Tritt timeline started when the young Marietta, Georgia, native incorporated his lifelong influences of Southern rock, blues and gospel into his country during a honky-tonk apprenticeship that led him to Warner Bros. in 1989. Tritt’s albums, seven of which are certified platinum or higher, led him to amass more than 30 million in career album sales, two GRAMMY® Awards, four CMA Awards, an invitation to become a member of the world’s famous Grand Ole Opry and a devoted fan base that has filled venues coast-to-coast. Travis Tritt is dubbed one of “The Class of ‘89,” which included Country music superstars Garth Brooks, Clint Black  and Alan Jackson, all of whom dominated the charts in the early ‘90s.  Among his eleven studio albums and numerous charted singles are nineteen Top 10 hits, including “Modern Day Bonnie and Clyde,” “Here’s A Quarter,” and “It’s A Great Day To Be Alive.” Tritt’s talents, however, are not limited to music, as he has also appeared in numerous feature films and TV shows throughout his extraordinary career.

A 14-time Grammy winner and Billboard Century Award recipient, Emmylou Harris’ contribution as a singer and songwriter spans 40 years. She has recorded more than 25 albums and has lent her talents to countless fellow artists’ recordings. In recognition of her remarkable career, Harris was inducted into the Country Music Hall of Fame in 2008 and earned a Grammy Lifetime Achievement award in 2018.

Known for her eloquently straightforward songwriting and her incomparably expressive singing, Harris shook up country radio in the 1970s, and established herself as the premiere songwriter of a generation selling more than 15 million records and garnering 14 Grammy Awards, three CMA Awards and four Americana Awards.

Tickets for both concerts go on sale Friday, May 14, at 10 a.m. Tickets may be purchased online through Sweetland Amphitheatre’s website at www.sweetlandamp.com.

Sweetland Amphitheatre will announce additional concerts for the 2021 season in the weeks ahead. For more details on upcoming shows, please visit www.sweetlandamp.com or call 706-298-5434.

As the tall pines sway to the rhythm of a southern breeze, the South’s sweetest stage, Sweetland Amphitheatre, welcomes music fans to experience award-winning and internationally known performers. The venue, which opened in Spring 2016 and is owned and operated by the Downtown Development Authority of the city of LaGrange, Sweetland Amphitheatre is centrally located in the heart of historic downtown LaGrange, Georgia, in Boyd Park. The 2,500 seat amphitheatre provides an intimate open-air concert setting for star-studded performances and community events within walking distance of restaurants, shops, hotels and attractions.

Business is Booming in Opelika