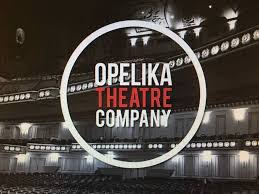 By Natalie Salvatore
For the Opelika
Observer

Almost a month after its fourth birthday, the Opelika Theatre Company will host an open board meeting on Sept. 9 for citizens to learn more about the organization’s growing success and future plans.
“We have come a long way in the last four years,” said Marty Moore, OTC’s executive artistic director.
The OTC began when the five original founders, Steve Rush, Abby Rush, Libby Herring, Marty Moore and Betty Johnston, came together to discuss a way to benefit Opelika.
Moore said that Steve Rush sent out an email asking if people were interested in having a local theatre. After that, Moore wrote their mission statement in five minutes, and at the next meeting, adopted it.
In order to raise funds for their new theatre, the group started performing murder mysteries to make the community aware of what they were trying to do. The shows ended up being a huge success, which led to raising enough money to purchase scripts for their main shows.
After sharing their vision with Barbara Patton, the executive director of the Community Foundation of East Alabama, they learned that she also wanted a community theatre.
“She took us under her wing. Barbara mentored us for a little over a year and a half and got us standing on our own two feet,” Moore said.
The OTC has performed many shows since its start, including “Steel Magnolias,” “Wonderland,” “Dashing Through the Snow,” “Hairy Tale Rock,” “Emma,” “The Odd Couple” and “The Miss Firecracker Contest.” The company continues to entertain audiences as they flourish in community awareness and prosperity.
Their season kicks off in January with the mega-musical, “Nunsense.” Originally written and premiered in 1985, Moore said it is a fun musical with a brilliant cast. They already began auditions and rehearsals to allow plenty of time for promotion and community service.
“Everybody connected to the show is dressed as nuns or priests. The nuns are going to be doing community service in Opelika from now until the opening night of the show to promote the theatre and help out in the community,” Moore said.
She discussed how the OTC will perform in the parade at Opelika’s Christmas in a Railroad Town, as well as visit nursing homes and retirement communities, in efforts to provide people with a little humor.
“All community theatres start somewhere. We are about four years old and we are growing,” Moore said. “With Opelika coming into all of their eclectic art and quirky downtown atmosphere, Opelika Theatre Company is a perfect fit for this community.”
Moore expressed her sincere appreciation for all of OTC’s sponsors that have helped make this possible. A lot of organizations are connected with the theatre that want it to succeed.
The upcoming Sept. 9 board meeting will be held in the Southside Center for the Arts, located at 1103 Glenn St. in Opelika. Anyone in the community is encouraged to attend. Starting at 7 p.m., the meeting will serve refreshments as citizens learn about how they can become a part of this rising company.
“We need people at the meeting to get involved, who can sew, who can paint – they don’t have to act. We just need people who want to laugh, do any kind of volunteer work and be a part of a community project,” Moore said.
For more information, Moore can be reached via call or text at 334-663-4480. Citizens can also call the OTC at 334-663-2593, visit their website at www.opelikatheatrecompany.com or like their Facebook page.