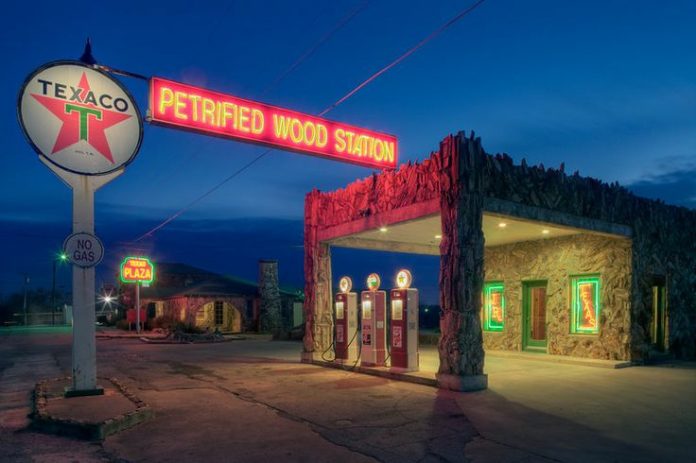 A gas station. The middle of the night. Tony stopped by this store every evening. He came for the food, and the company.

The night-shift cashier gave him hotdogs and egg rolls—lukewarm from the warming rack.

Tony. A nice homeless man with yellowed beard, gentle spirit, and dusty skin. A man who occasionally smelled like whiskey.

The two would sit on the sidewalk during the wee hours. They’d swap cigarettes, stories, laughter.

He was a spiritual man.

He told her about himself. In another life, he’d been a fella who was working his way through seminary. A thirty-something man, trying to do something worthwhile.

Then, his pregnant wife died in an interstate accident. He lost two people in one day. And he lost himself.

He gave her advice. She brought him clothes. He gave her presents on her birthday.

One particular week, Tony never showed. She sat on the sidewalk, waiting. No signs. She felt like something wasn’t right.

She called the hospital. The voice on the phone said, “Yeah, we got a homeless guy here… Been here a few days. He belong to you?”

Tony had checked himself in. He’d told doctors he couldn’t breathe. His chest infection had become pneumonia. He was dehydrated.

She visited when she got off work. She lied to the nurses and said she was family. They knew better, but looked the other way.

She found him in a bed with tubes connected to him. She sat in the chair beside him. When his eyes opened, she handed him a greasy paper bag.

“I made these fresh,” she said.

Hotdogs and egg rolls, straight from the gas-station warming rack. He grinned at her and coughed. It was his way of saying, “thank you.”

He ate, but he was too sick to do much more.

He tapped two fingers against his mouth every few minutes. He wanted a smoke. So, she placed an unlit cigarette between his lips to pacify him.

Before she left, he asked her to pray for him.

He folded his hands. She did the best she could, but she was rusty. When she finished, he touched her hand and said, “I love you.”

But there’s a picture on her refrigerator. It’s an old photo. She’s got her arm around a bearded man. She’s wearing a cashier uniform, cigarette between her fingers. He’s eating an egg roll.

The photo is ancient history now. She’s not a young girl anymore. Today, she works for a local hardware store. It’s a good job, but she’s only doing it to help raise her kids and pay for her own schooling.

She takes weekend classes, some online courses. I ask what she’s studying. She tells me she’s in seminary.

“It’s weird,” she says. “Three little words from someone is all it took to change the direction of my life.”

I’ve spent the past fifteen minutes trying to come up with a better line than hers.