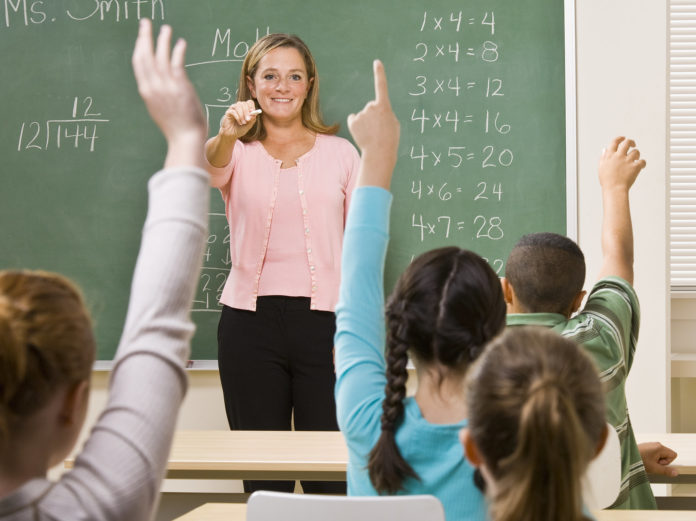 She is older. Past retirement age. She stands in the Walmart checkout lane with a full cart. In her basket: Kleenex, paper towels, notebooks, number-two pencils, Scotch tape, staples. The works.

She teaches ninth grade. And she’s been doing this for thirty years.

“When I was young,” she says. “Had this idea I was going to be a wonderful teacher and change the world.”

Her first year of teaching nearly killed her.

Ninth-graders are their own breed of domestic skunk. The children drained her youth and drove her toward a nervous breakdown.

“Almost gave up,” she says. “I actually wrote a letter of resignation after my first year. It was that bad.”

It was that bad. But she didn’t quit.

There was a girl in her class. The girl’s mother had died. She had no father. She was living with relatives.

The girl was quiet. Sad. She didn’t try in class. She had no friends. She was a D-student, a poor reader, and a lost child.

“I knew she needed me. So I told myself, ‘I’m gonna win this girl over if it’s the last thing I do.’”

She worked with the child after school hours. She ordered pizza delivery while they studied. She introduced the girl to the simple pleasures of Nancy Drew, and helped her with math homework.

She listened. Sometimes all she did was listen.

“That’s when I realized, maybe I’ll never change the world, but I can be a friend. I could show her I didn’t care about her grades as much as I cared about her.”

The girl’s grades improved. In fact, that year she made A’s in every subject. Her disposition got sweeter, too.

Her life was on the upswing. She dated her first boyfriend. She joined school clubs. She played in band.

And on the last day of class, the girl was sitting outside her teacher’s classroom, crying.

So, they kept meeting every day after school. Through tenth grade. Eleventh. Twelfth. The girl traded her Nancy Drew novels for fatter books with big words. The math problems got harder. So did her brain muscles.

“We got her a scholarship,” said the venerable teacher. “Lemme tell ya, it was a big day when that happened. I locked myself in my room and cried.”

That was a lifetime ago. They still talk, but not as much.

Today, the girl is a married woman, a business owner, and she has a family. Her old teacher might be up in age, but she’s still as proud as she was decades ago.

“It’s bittersweet with kids,” the teacher goes on. “But that’s how it goes. I’m in their lives for a season. All I can do is love them.

“They don’t realize, once I love them, it’s forever, even after they leave and forget me.”

Thus, another school year begins. And she’ll be in her classroom, about to do what she set out to do a long time ago.

The same thing all teachers do.