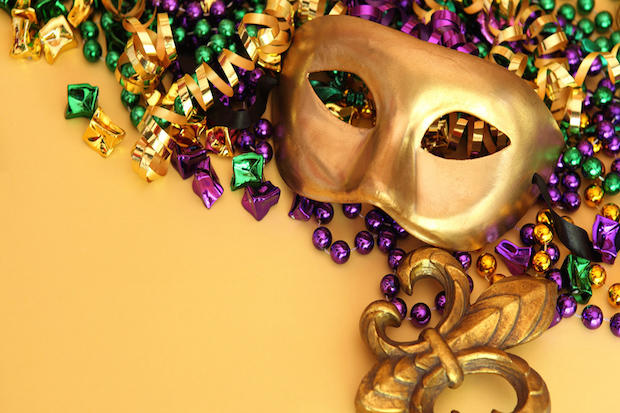 Looking for a “Third-Float Girl.”
First came Fat Tuesday.
Followed by Ash Wednesday.
Then the Lenten Season begins.
What are you giving up for Lent?
I’m gave up Mardi Gras.
Which was pretty easy to do.
Truth is, I have been giving up Mardi Gras every year since back in the 60s, which was the last time I attended. I have been to a few Mardi Gras parties since then, but they don’t count because there was no parade. Gotta have a parade or it ain’t real.
I grew up on the edge of Mardi Gras, in a South Alabama county too far north from Mobile for our schools to be closed like they did down on the coast. Besides up in the puritanical precinct where I lived no one would dare close school for something as fun as Mardi Gras.
Mardi Gras had to wait until I was in college and had a roommate from Mobile who invited me down with the promise of parades, parties and girls – lots of girls.
He knew where to find them, so he said.
He took me to some parties – not the upscale, exclusive balls put on by the upscale, exclusive mystic societies. He was not that well connected. He got me into second level social gatherings, but even there my country credentials were not enough to get more than a nod from girls who went to high schools named after saints.
After watching me strike out a couple of times my host announced that it was time for a trip to the Cawthorn Hotel.
The Cawthorn was an ancient hostelry overlooking Bienville Square, which housed most of the high school bands that were there to march in the parades. And with the bands came majorettes, flag corps, and cheerleaders. It was like a candy store for the testosterone afflicted.
Or so my host led me to believe.
Now the girls were there – down from the hinterlands, from towns like Monroeville, Greenville, Butler, and Thomasville. Though back home they were good girls — Baptist of various shades and sentiments, Methodists, Holiness, Assembly of this and Church of that – they left their Sunday learning behind them and arrived ready to party.
Or so my host led me to believe.
But my host was wrong.
Most of the girls packed parental warnings with their uniforms and got off the bus determined not to succumb to the temptations of the city. As for the others, the ones who came set for succumbing, there were savvy chaperones who knew which of their girls needed watching and watched them.
Struck out again.
Despite a lack of romance, I had a good time doing what most folks do at Mardi Gras. I watched parades, caught throws, mixed and mingled – stuff I could actually tell my Mama about.
But that was long ago.
Today the Cawthorn is gone, victim of the wrecking ball that has gotten so many of our landmarks.
With it has gone that tower of temptation that lured small-town boys like me to the big city looking for decadence and finding disappointment.
And in its place there is the third float.
Right.
You see, a few years ago one of the women’s mystic societies had a problem. Some of its younger members were displaying a tendency to get un-respectably rowdy, as the society’s parade wound its way through the town.
While there were no complaints from onlookers, some of the society’s more decorous, respectable members were not pleased.
So rather than create a scandal by banning the free spirits from parade and society, it was decided to put the whole lot of them on the third float – where they could be watched and, if necessary, restrained.
I can see a trend here.
I can see the practice becoming wide-spread among the mystics.
And when it does, boys like I once was will descend on Mobile looking for a “Third-Float Girl.”
Only to stand on the sidelines as the parade passes them by.

Harvey H. (“Hardy”) Jackson is Professor Emeritus of history at Jacksonville State University. He can be reached at hjackson@cableone.net.