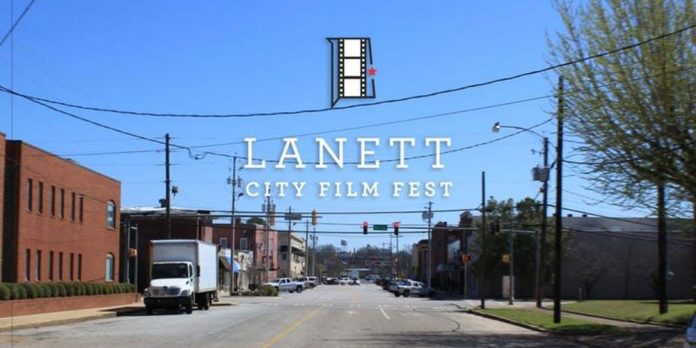 The third annual “Lanett City Film Fest” will return Aug. 16 and 17 to showcase the work of some of the area’s best independent filmmakers.
Eric Wright, filmmaker and founder of the event, said filmmakers, along with cast and crew, participate in feature-length or short film screenings with audiences. With the Southeast, particularly Alabama and Georgia, playing a more prominent role in the filmmaking industry, he said the festival is a great way to help giver filmmakers more exposure and show audiences how well-crafted independent films can be.
“We had nearly 3,000 film submissions in the first year of the event. I tell the ones who didn’t make the cut that we have to represent tons of different genres,” Wright said. “With this event being based here in the Lanett and West Point areas, I am really going to look for great films made in or around the area.”
Lanett’s City Hall, Jane K. Farrar Center and West Point’s New Horizon Community Theatre are the sites of movie showings during the two-day event. This will mark the second year that a bus will be used to transport filmgoers from site-to-site based on the film that they want to view.
Wright said he hopes to build upon the number of filmmakers present for Q-and-A sessions with the audience, after 12 participated last year. There will also be opportunities for fans to meet and greet the filmmakers along with actors and other crew members from varying films. On the evening of Aug. 17, audiences and judges will have a chance to vote for their favorite film in a number of different categories.
“One of the biggest things I get out of organizing this every year is seeing audiences enjoy these films, as well as the youth who attend. One of the kids who’s been involved in the past with this event made a film which is going to be shown this year, and it’s fantastic,” Wright said.
“Our citizens always benefit when people become aware of everything Lanett has to offer. The festival helps to highlight the wonderful businesses and opportunities available in our city and surrounding areas,” said Lanett Mayor Kyle McCoy.
Advance tickets range from $5 to $12 in cost and can be purchased on www.eventbrite.com. The festival kicks off at 4 p.m. C.S.T. on Aug. 16 and lasts from 9 a.m. to 9 p.m. C.S.T. on Aug. 17. There will be food trucks present and entertainment for children.
For more information or updates, like and follow the “Lanett City Film Festival” Facebook page or visit www.lanettfilmfestival.com. Lanett is 21 miles from Opelika and is located off Exit 79 of U.S. Highway 29.
Following is a description of “Tango Down,” a short film that will be featured at this year’s festival.
“Tango Down – Powered by Veterans”
Directed by Roger Christiansen, Tango Down is a nearly 20-minute-long short film that shows veterans in the struggle they face after leaving military service.
Tango Down’s lead actress and producer Julia Ling said she was stunned when she learned the VA statistics that show that approximately 22 veterans commit suicide daily, or one every 65 minutes. She said one of the movie’s primary goals is to help veterans find their purpose in life, and shared several success stories she has heard since the movie’s debut earlier this year.
“One guy completely quit alcohol and was inspired to work out every day and lost a ton of weight. Another (veteran) started putting his resume together and started putting applications out there,” Ling said.
According to an email sent by writer and producer Micah Haughey, “more than half the cast, crew and vendors are veterans, military or law enforcement.” That emphasis on a film created by people who lived those experiences is evidenced in its storyline and attention to detail, Ling said.
“The story is about two Marines in Afghanistan faced with this really difficult decision and how they (choose to handle it). It explores the way those consequences affected them after they come home from service and how it challenged the brotherhood that they had,” Ling said.
The movie was filmed on-site in Banning, California. Haughey, Ling and Associate Producer Chris Martin said crowd-funding and generous donations of equipment and gear helped cover the cost of filming.
While the movie has not been released with an official streaming service or distributor, it has been shown at film festivals across the country this year. It will premier locally at Lanett City Film Festival, though the exact date and time have not been finalized.
“Our ultimate mission is to help veterans and let them stories, create art and find their life path. We want to help ease PTSD and bring the community together so they can talk to each other and find something they love to do so that they (don’t end up taking their own life),” Ling said.
For more information or updates on the film’s availability, like and follow the movie’s Facebook page “Tango Down” or visit www.tangodownfilm.com.