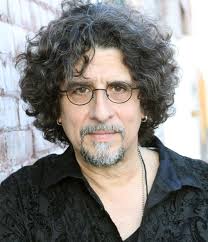 Sundilla and The Sound Wall are teaming up once again, this time to bring Dan Navarro to the area. This show will take place at The Sound Wall, located at 605 Ave. B in downtown Opelika.
The show is set to begin at 7 p.m.. This is a bring your own beverage event.
Anyone who has seen Navarro in concert knows what a special occasion it is, and understands why he was chosen to be a headliner at the first Opelika Songwriters Festival last year. And those who haven’t seen Navarro perform have in one way or another. His voicework frequently appears on shows like “Family Guy” and “American Dad,” or in movies such as “Rio” and “Happy Feet.” (The list is amazingly long, and available on his website.) Longtime fans of the genre will know him as half of the ultra-successful duo “Lowen & Navarro,” which ceased recording and touring only after Eric Lowen’s untimely passing due to the complications of ALS. And if you listened to radio in the 80s, or have watched certain movies or commercials since then, you know his song “We Belong,” which was Pat Benetar’s biggest hit and earned Navarro a Grammy nomination and a lifetime of residuals.
Though he has written or co-written songs for the likes of Jackson Browne, Dionne Warwick, The Temptations, Keb’ Mo’ and others, there is no question that Navarro shines brightest when he is on the stage, not behind the scenes. Navarro has continued his career as a solo artist, but the accolades have not diminished; a recent review said “Dan’s solo performances are marked by the same hallmarks as his work with Lowen & Navarro – songs of rich insight and experience, delivered straight-up, with honesty, grace and heart, in his moving and expressive baritone voice.”
Tickets are $20 and can be purchased via links at The Sound Wall’s website and their Facebook page.
For more information, including videos, visit www.sundillamusic.com.