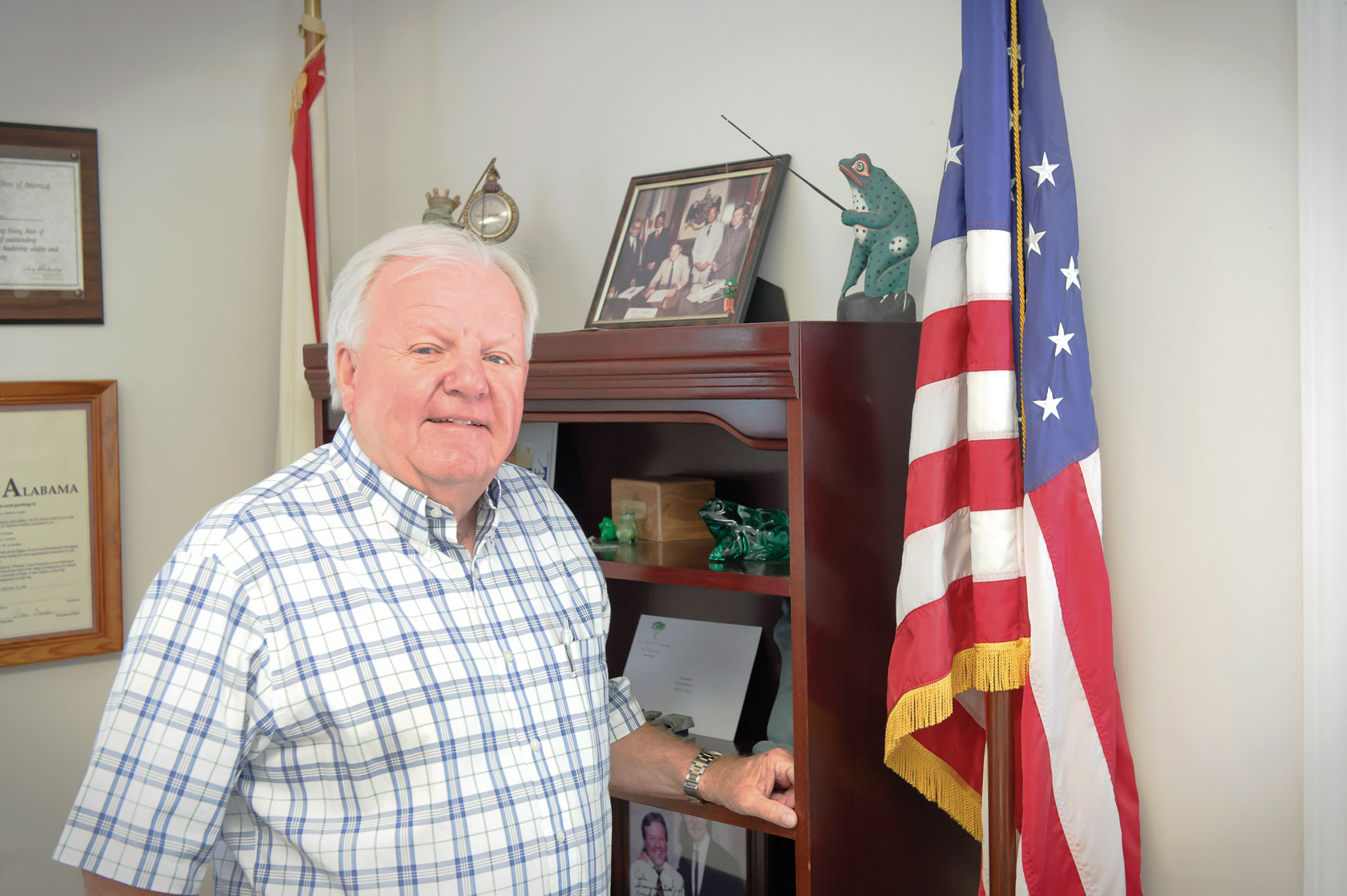 For the last 40 years, John Story has never been bored because he has not had time. Through his varied career path, Story never stopped doing what he loved.
It all started when Story was an OHS student and delivery boy for Virginia’s Flower Shop. It was his deliveries to the hospital that sparked his interest in ambulances and public health. Story managed to become an assistant to the ambulance service and went on his first run when he was still in high school. “I was a junior in high school, and the call was for us to go pick up a body that had been run over by a train. From there, I told myself that if I was going to do this, I needed to go get some training,”  Story said.
The next year, he attended EMT school and graduated high school in 1971. “A lot of times, when I was a junior and senior in high school, I would keep the ambulance at my house at night. I was the only ambulance service available to go out in all of Lee County. Some nights I would stay out all night and then go to class the next day.”
After graduation, Story began his college education at Auburn University where he studied criminal justice. His work study program was at the Drake infirmary. At the time, Auburn University ran an ambulance service out of the infirmary, and Story was given the opportunity to live at the infirmary and work for the ambulance service. For the next two years, Story transported patients from the university to EAMC.
He left his mark on the university when he voiced the need for a new ambulance to the Plainsman, the student newspaper, when the poor condition of the then-current ambulance began to cause problems. Because of a Plainsman article based on Story’s charges, a new ambulance was purchased.
If Story was not busy enough as a college student and part-time ambulance driver, he worked for the Opelika Termite Company in the summers and gained knowledge of the pest control industry.
After graduating from Auburn in 1975, Story’s goal was to go to law school or obtain a federal job. Plans changed, however, and he went to work for the Auburn Police Department, graduating from the Montgomery Police Academy in 1978. His career took another turn when he was offered a position with the Administrative Office of the Courts under Opelika native and  former Alabama Supreme Court Chief Justice C.C. “Bo” Tolbert. “Allan Tapley was the director of the AOC and my former high school guidance counselor so I called him up,” he said.
Story’s job was to take inventory of all of the circuit court’s records in Alabama to determine the feasibility of microfilming those records. By the time 1979 rolled around, Story was ready to make another career move to the  Alabama Department of Public Health. He worked in the EMT Division and served as an ambulance inspector. Story was key in building the current EMS system in Alabama. By 1996, he had served in every branch of the division before being named director. “A lot of things in my life happened simultaneously,” Story said. Throughout his college years and time working for the state, he was still serving as a paramedic for EAMC on the weekends. On top of that, Story was elected Lee County coroner in 1984, making him coroner, an employee of the Department of Public Health and an EAMC paramedic all at once.
“My time as a paramedic made me realize that we needed a better coroner system in the county because it would take so long for the coroner to get to the scene, so I ran for it,” he said. Story served as an expert witness in several court cases involving ambulances and EMTs. He was the coroner of Lee County until 1998.
In anticipation of retiring from state employment, Story turned his attention back to the pest control business. In December of 1998, Story opened  S&S Termite and Pest Control in Opelika. “We started out with a $7,500 loan and an S-10 pick-up truck.” Today, S&S is one of the largest locally owned pest control businesses in East Alabama and was awarded Business of the Year by the Opelika Chamber of Commerce in 2015. Story continued to work nights and weekends with the EMT service until 2002 when he gave all of his attention to his business.
However, becoming the owner of a successful business did not slow Story down. He has divided his time enough to serve as president and board member for Opelika Mainstreet, president and board member of the Opelika Rotary Club, board member of the Alabama Pest Control Association and  Opelika’s 20/30 committee.
Story was recently selected to serve on the Opelika Chamber of Commerce Board of Directors. He still manages to find time to help care for his 103-year-old mother and enjoy time at his properties on Orange Beach and Lake Martin.
“I have worked two or three jobs for most of my life,” he said. “I’ve always liked to have fun, and the motto I have lived by is ‘do work that you enjoy.’”