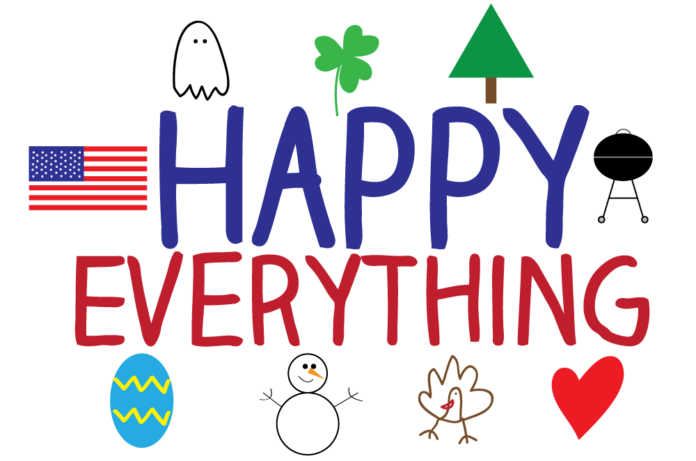 In the middle of all the brouhaha over Black History Month and Confederate History Month some folks began asking if we need “History Months” in the first place.
Personally, I like them, but let’s be fair. If there is going to be a History Month for some, there should be a History Month for others.
So I’ve come up with “The Hardy Jackson History Month-for-Everybody Plan.”
Here goes.
Confederate History folks can keep April and black folks can hang on to February.
January would be Asian American History Month, because a lot of Asians celebrate New Year’s then. Make March African/Middle Eastern History Month, which works because it comes right after Black History Month so the two can coordinate their activities.
Western European Americans could celebrate their history in May. Their former colonies – Canada, Australia, and all of Latin America – can join in. Cinco de Mayo could kick it off.
June can be Heterosexual History Month because that is when all those non-gay couples marry. August can be LGBT History Month and August can be their marrying month. The Wedding Industry will love it.
I’d like to see September designated Native American History Month. Native Americans did a lot of harvest celebrating and September seems a pretty good month for that.
October can be Discovers History Month when we can celebrate those early Spanish, Portuguese and Italians who discovered all sorts of lands and people who didn’t even know they were lost until discovers told them.
Let’s turn November into Eastern European History Month – Russians, Poles, Czechs, Ukrainians, and all the others.
December would become Christian, Jew, Muslim History Month because all three have holy days that time of year.
Now this would require moving some special “days” around, but remember, it is the commemoration that counts.
MLK Day and Kwanzaa would be moved to February and R. E. Lee Day would move to April and be celebrated with Confederate Memorial Day. Since Kwanzaa is not a religious holiday and since MLK and R. E. Lee don’t have much to do with Asians, those days really don’t belong in December and January.
Thanksgiving would be moved to October. It is too close to Christmas now. Put it in with the Discoverers who were the ones giving thanks anyway.
Holidays for religions will continue to be celebrated as they always have, and those holidays that move (like Easter) will keep moving and those whose months in which they fall will just have to live with it.
All other traditional days – Labor Day, Valentine Day, President’s Day etc. – will stay where they are.
OK, let’s review:
January – Asian History Month
February – Black History Month and MLK Day
March – African and Middle Eastern History Month
April – Confederate History Month and R. E. Lee Day (It could be Union History Month in those
states where there isn’t much Confederate history, or places like Jones County,
Mississippi, where the Confederacy wasn’t popular.)
May – Western European and Former Colonies History Month
June – Heterosexual History Month
August – LGBT History Month
September – Native American History Month
October – Discovers History Month and Thanksgiving
November – Eastern European History Month
December – Christian, Jewish, Muslim History Month
Wait, a month is missing.
July.
How could I forget.
And who gets July?
White folks.
Of all the folks who whine about not having a month, white folks whine the most. Even though my “Plan” will let white folks turn 75 percent of the celebrations into Caucasian occasions, some will still whine if they don’t have a whole month of their own.
So here it is.
On one condition. Soon after organizers kick off the month paying tribute to the white men who signed the document that said “all men are created equal,” the rest of the month will be turned over to the women – who would probably be doing most of the work anyway. And it would be their task to make sure that White Folks History Month paid proper tribute to the ladies.
In fact, a condition for any group having a month will be that gender equality must not be compromised. Every month must celebrate the contribution women made to whichever group is being honored that month. Asian women, black women, Middle Eastern women, Confederate women, Western European women and the women from their former colonies, heterosexual women, alternate lifestyle women, Native American women, women who stayed home and worked while men went out and discovered things, Eastern European Women, Christian, Jewish, and Muslim women.
And that’s my plan.
Years ago the great historian of immigration, Oscar Handlin, observed that America was not a “melting pot,” it was a “salad bowl.” You could throw all the vegetables (or in our case the nationalities, ethnic groups, tribes etc) together and you could still pick out the tomatoes or onions, the Greeks or Jews.
He was right.
My History-Month-for-Everybody Plan recognizes our individuality by celebrating our diversity.
And diversity is what made us what we are.
Harvey H. (“Hardy”) Jackson Professor Emeritus of History at Jacksonville State University. He can be reached at hjackson@jcableone.net.